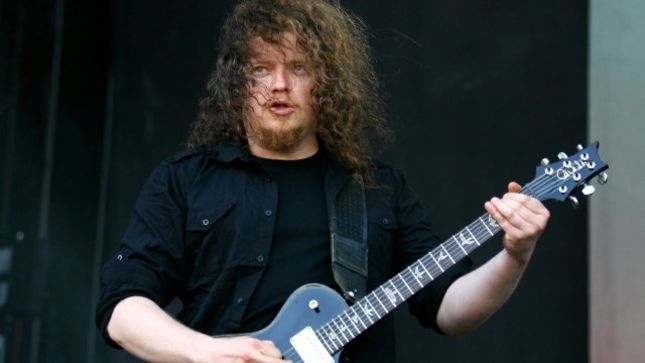 Holding down lead guitar duties in Opeth since 2007, Fredrik Åkesson knows his way around the fretboard, and before the band’s first Ryman Auditorium performance earlier this year, the self-admitted “gear dork” showed off his PRS guitars 6-strings he and singer / guitarist Mikael Åkerfeldt use onstage to Premier Guitar. He also explained the band’s move from tube heads to miniature modules designed by Dave Friedman and Steve Vai, and demos the core colors of his live tone.

The offbeat and beautifully crafted video short was created by renowned South African born animator/artist Jess Cope (Metallica: "Here Comes Revenge") and follows a melancholic and bitter man on the brink of self-destruction and insanity as he delves into a sinister alternate world as reality crumbles around him. Cope previously collaborated with Opeth’s Mikael Åkerfeldt on the music video for “Drag Ropes” for his side project Storm Corrosion with Steven Wilson. Working mainly with traditional animation methods, her shorts have an enticingly tactile look and feel to them and are brought to life with an unprecedented level of skill and attention to detail. Her emotive storytelling draws in audiences in a way that has seen her win multiple awards for her films in recent years.

Watch the video for "Ingen Sanning Är Allas" below.