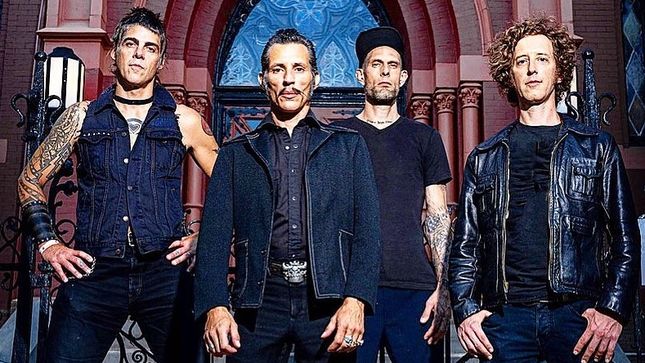 NYC hard rockers Opulence will unleash their debut album Black Magic on November 15. The album will be released via Blacklight Media Records, in conjunction with Station House Recordings.

Fans won't have to wait that long to hear new music. Opulence will be releasing the first single "Ritual" and accompanying video later this week.

"We are beyond excited to finally share the sounds and visuals of this spectral exercise in malevolent excess," says Opulence guitarist Sean Pierce. "INDULGE yourself and join the party!"

Opulence will be joining labelmates Gozu and Eyes of the Sun for a show presented by Blacklight Media and Revolver Magazine at Lucky 13 in Brooklyn, NY on October 18.