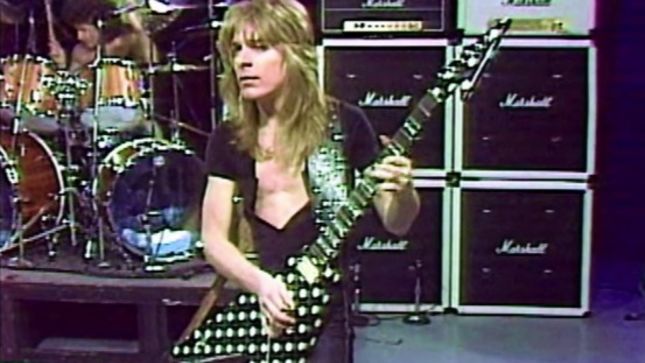 Ultimate Guitar has published an article on everything you need to know about the story behind the Ozzy Osbourne classic "Mr. Crowley", including amp and pedal settings as well as used guitar techniques. An excerpt is available below:

Story Behind The Song

The song was inspired by a book about Aleister Crowley which Osbourne had read and a deck of tarot cards that were found in the studio as the recording of the album was commencing. Crowley was an English occultist and ceremonial magician who had founded the Thelemite religion in the early 20th century. Aleister Crowley was an infamous poet, writer, mountain climber, and Adept. Also known as the Master Therion and the Great Beast 666, he is widely considered to be the most influential Occultist of all time, he gained widespread notoriety during his lifetime, and was denounced in the popular press of the day as "the wickedest man in the world."

The song helped Ozzy play up his mock-Satanic image, which he often did for effect. This his something he did in his band Black Sabbath, who likened their music to horror movies. Ozzy mispronounces Crowley's last name. It is in fact pronounced with the first syllable sounding like "crow" in English. When Crowley was born they scattered the afterbirth because he had a birthmark shaped like a swastika. Ozzy sings about it in the line "They scattered the afterbirth."

In the liner notes for The Ozzman Cometh, Ozzy wrote: "I'd read several books about Aleister Crowley. He was a very weird guy and I always wanted to write a song about him. While we were recording the Blizzard of Ozz album there was a pack of tarot cards he had designed lying around the studio. Well one thing lead to another and the song 'Mr. Crowley' was born."

A few months before the break-up of the Quiet Riot, Randy visited Karl Sandoval's guitar workshop and ordered a custom built guitar based on his own ideas and sketches. The guitar was finished in September 1979, and Randy paid a total of $740 for it.

The KS Flying V was finished in black with white polka-dots all over the body and neck. The hardware was originally chrome from Fender, but it was replaced with black, and the guitar was equipped with a DiMarzio Distortion Plus in the bridge position and a DiMarzio PAF in the neck.

Shortly after Randy received the guitar, the unusually-shaped headstock broke after the guitar fell on the ground accidentally, but it was soon replaced and re-painted. The whole neck was supposedly originally taken from a ’60s Danelectro guitar and didn’t have a truss rod, so Randy struggled to keep it in tune. Nonetheless, he played this guitar very often live, and, according to Max Norman, who produced the album, Randy used a polka-dot Charvel on pretty much all the guitar tracks, but Karl Sandoval V was the only polka-dot guitar that Randy owned at that time, so Max was probably talking about this guitar.

Go to this location for the complete rundown.