OZZY OSBOURNE Talks Recovery From Neck Injury - "For The First Four Months, I Was Absolutely In Agony" 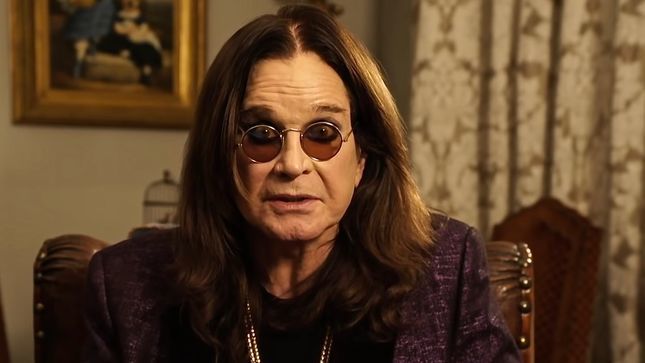 Speaking with Rolling Stone in a new and exclusive interview, Ozzy Osbourne discussed his recovery from the neck injury that forced him to recshedule all of his 2019 tour dates. Following is an excerpt.

When Ozzy Osbourne took a fall in January, he thought he broke his neck. “I came down really, really hard,” he tells Rolling Stone from his Los Angeles home. “I went slam — on my face.” He had gotten up in the middle of the night to go to the bathroom and tripped in the dark. His wife, Sharon, took him to the hospital, where he’d spend the next two months recovering from neck surgery.

“For the first, say, four months, I was absolutely in agony,” he says. “I was in agony beyond anything I ever experienced before in my life. It was awful. I’m taking physical and occupational therapy classes, but the progress is very slow. They say it’s going to take at least a year. I’m hoping that I’ll be OK and ready to go by January [when the tour resumes]. I’m really keeping my fingers crossed.”

“When they do surgery on your neck, they cut through all the nerves, and it fucked everything up,” he says. “So I’m wobbling all over the place. And since they cut through the nerves, my right arm feels permanently cold.” He likens the sensation to when he would play in the snow as a kid and then warm his hands up too fast: “You’d get a warm feeling in your hands. I wake up with it, and I go to bed with it.” The doctors gave him medicine for nerve pain, which blew his mind. “I’d never heard of anyone needing nerve-pain medication,” he says.

Ozzy Osbourne has lived life on a high. The 70-year-old front man of the heavy metal band, Black Sabbath, fuelled his existence with drugs that has knocked him out at many points of time. However, the English singer is still going strong and had made it through the test of time. His remarkable survival revoked biologist Bill Sullivan who has referred to Ozzy in his book, Pleased To Meet Me, as a ‘genetic mutant.’

The scientist has figured out how the star has such a high tolerance against both drugs and alcohol and how and were his genes involved to pre-dispose him to substance abuse tendencies. In his book, Sullivan looks at surprising ways we are shaped by our DNA and biological factors that play out in our gene expression.

Read the full report at MashableIndia.