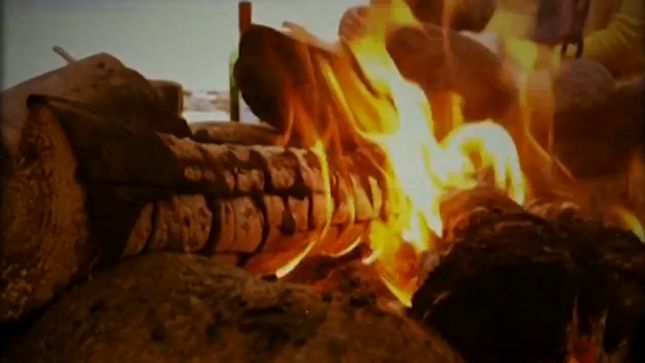 Swedish progressive rock innovators, Pain Of Salvation, will release their much anticipated acoustic album, Falling Home, in Europe on November 10th, and on January 13th, 2015 in North America via the band's longtime label partner, InsideOutMusic.

The atmospheric video clip directed by Stefan Daniels for the song "1979" can now be seen below.

Pain of Salvation's Daniel Gildenlöw: "We had the greatest time shooting this video. We went up north to an old fisher village where Johanna's family has rented old fisher cabins in the summers since her father was a little child. I have spent time there with her since we met twenty years ago and I love the place. No phones, no television, just the ocean and nature and these old cabins. It seemed the perfect place to shoot the video for '1979.' So, we spent a few days there, the entire band with families and Johanna's sisters and their families, and we just had a wonderful time together. I remember standing in the store Googling beer brands to find out which bottles had remained most the same since the 70s, hahaha.

We had many scripted scenes that we shot but that never ended up in the final video - some nude bathing and Ragnar jumping into the water with his clothes on from a row boat. In the end Stefan Daniels (the director) decided to go with the small gestures and made Sandrian and his kite be the heart of the video, which was a perfect decision.

My favorite clips are probably the ones at the breakfast table in the cabin and the one in front of the cinema, simply because, to me, they capture the air of the late 70s so perfectly, as I knew them. It almost hurts to watch those clips, and I'm close to tearing up every time. My intellect knows perfectly well that these are new recordings, but my heart connects at a split second and breaks from the loss of an era."

Another track off Falling Home, the acoustic version of "Linoleum" is now streaming below.

Daniel Gildenlöw checks in about the release: "Damn, it will be so nice finally to have this album see the light of day in a context larger than my head, our rehearsing room and a multitude of work computers and hard drives in selected homes. It has been a long time, and the road to release has been very complicated and unexpected, including finding myself in hospital for four entire months after a close call with flesh eating bacteria. Who would have guessed as we set out to record a quick little acoustic something all those many months ago in what seems like another lifetime by now? On the other hand, it has turned this album into so much more than we ever expected it to be. I find the term "acoustic album" very misleading. This album is as bold a statement as any of our albums, and will in the same way offer laughter, tears, surprises and challenges. If it's not original, if it's not uncompromisingly passionate, then it's not Pain of Salvation."

And Gildenlöw commented about the track "Linoleum" in particular as follows: "I love the versatility of this animal, and I keep dragging it into different contexts to see how it will adapt and respond. In other words, this track was a given when we started discussing an acoustic project, and probably the first one I sat down with to rearrange. I have always loved to play around with the emotional spectrum of suppressed rage in music and lyrics, and making this song acoustic called for even higher levels of challenge when it came to finding that perfect balance of dialed down subtlety and sudden bursts of emotional display. I love how it came out in the end. An agile predator. Let's invent a word today: Pantheresque."

Next to the jewel case CD and the digital download formats, Falling Home will be also available in Europe as limited edition digipak CD with expanded artwork and two bonus tracks ("She Likes To Hide" and "King Of Loss") and also as limited gatefold LP version on 180 gr. vinyl. The US jewel case CD will include the bonus tracks as well, for 13 songs total.

European customers can pre-order Falling Home from the InsideOut Shop here. More details on Falling Home will be available soon.