PAUL STANLEY On Forthcoming Debut Album From R&B Project SOUL STATION - "Until We Can Promote It The Way We Should, It's Just Going To Simmer" 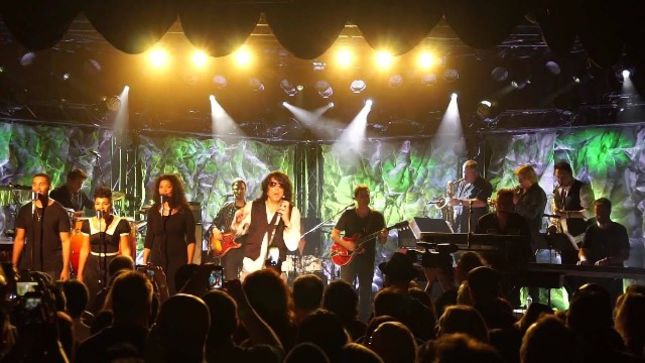 KISS frontman Paul Stanley recently guested on Real Radio 104.1's Monsters program, His discussed the band's ongoing End Of The Road farewell tour, and revealed his plans for his Soul Station project, which has a debut album in the works.

Stanley: "Until we can promote it the way we should, it's just going to simmer, but it's really just mind-blowing good. These are songs that, for one reason or another, have been relegated to samples on a rap tune, and I don't wanna hear background music for a rhyme. I want to hear those songs. This band is 13 people strong, and everybody's played with Smokey (Robinson) and Stevie (Wonder) and The temptations and Natalie Cole and Whitney Houston, and we knock those songs out of the park."

Stanley revealed in december 2018 that he was  recording an album with Soul Station, taking to social media to announce, "A SOUL STATION ALBUM! Wow! Having a ball. Horns and strings next."