PAUL STANLEY Wanting To Record New Album, But Not A KISS Record Discussed On New Three Sides Of The Coin Podcast; Video 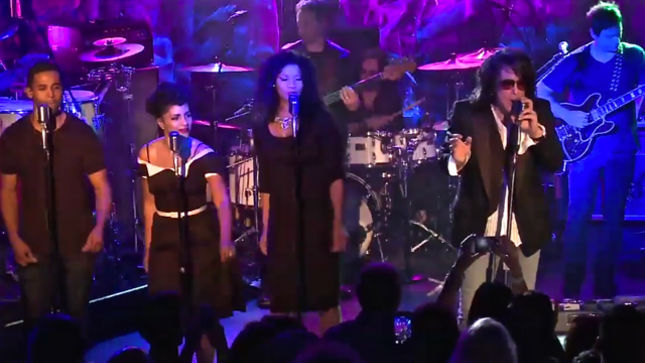 Episode #165 of the Three Sides Of The Coin podcast is streaming below.

“Variety of KISS topics this week including: a review of the Oklahoma KISS show by Lisa Martini, declaring February the month of KISS Krazies, showing two new Gold RIAA awards that Michael received, an email from David Snowden with further details about the Lick It Up cover, including what Vinnie Vincent himself said about the cover photo, and... Paul Stanley wants to record another album, but not a KISS album.”

Paul Stanley performed the first-ever Soul Station concert at The Roxy in West Hollywood last September 11th. His R&B band has three California shows coming up later this month, and in celebration has posted more video from their debut. Check out a performance of the Smokey Robinson & The Miracles classic “Tracks Of My Tears”, below:

Go to PaulStanley.com for details.