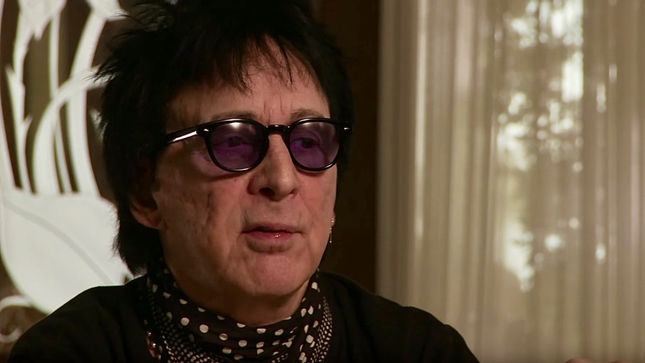 Says Peter: "I'd like to help promote Eric Carr's coin and the designer, Ralph Asbury, to all the fans. Eric Carr was a sweetheart of a man and a great drummer. He would call me often in his years with KISS for guidance and he was so respectful. I really liked him and felt for him. He always gave his best!"

Carr, KISS drummer from 1980 until his untimely passing in 1991, contributed his talent to the bands many gold and platinum albums during his tenure, and can be heard on the band's many hit songs from the 1980s, including "Lick It Up", "Heaven's On Fire", "Crazy Nights", "Tears Are Falling" and "Forever", to name a few. In addition to his musical contributions, Carr was equally known for his inviting personality and genuine love for the fans. From the time he joined the band to this very day, Carr remains one of the most beloved members of the KISS family.

Each Eric Carr commemorative collectors coin is die struck in heavy solid brass with an antique silver finish. The front design features a beautiful sketch portrait of Eric Carr while the back design features his name, birth and passing years, Fox and Chikara icons representing his musical personas, over a shattered glass background reminiscent of the "Crazy Nights" album cover.

Each coin will also include an exclusive backstage-pass-style laminate that will act as the coins certificate of authenticity featuring design elements from the coins themselves as well as an Eric Carr mini-bio.

This addition to the Icon Coins family is limited to 100 coins minted.

Each collector will receive: