PHIL ANSELMO On Possibility Of PANTERA Being Inducted Into Rock And Roll Hall Of Fame - "It Would Be A Great Honor"; Audio Interview 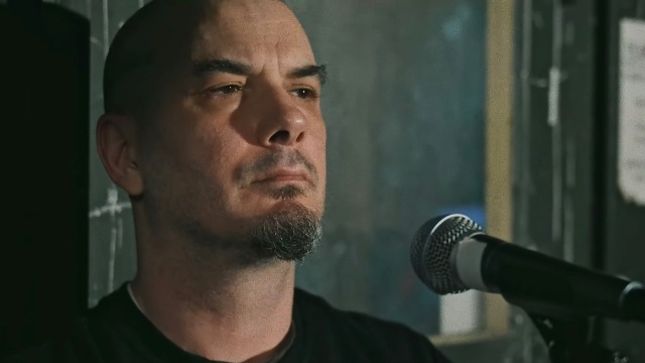 Artists beome eligible for induction into the Rock And Roll Hall Of Fame 25 years after the release of their first album or single, which means Pantera has been eligible since 2008,

During a new interview with Fargo, North Dakota radio station 95.9 KRFF, Pantera vocalist Phil Anselmo was asked if he can foresee Pantera one day getting the Rock Hall nod. He replied (hear audio below): "Man, I've had people ask me this very question, and I just… I don't even think about stuff like that, man; I really don't. I guess I know that the Rock And Roll Hall Of Fame is kind of a difficult thing... they have their own rules and they have their own little… I mean, I don't know — I don't really know too much about it. But I would not be surprised. And if we made it, I don't know how I'd feel, man. I mean, it's a great honor — it would be a great honor."

Sadly, the Abbott brothers - who anchored Pantera - have both passed away; guitarist Dimebag Darrell in 2004, and drummer Vinnie Paul in 2018. They are sorely missed. Pantera's induction into the Rock And Roll Hall Of Fame in Cleveland, Ohio would be a fitting posthumous tribute.