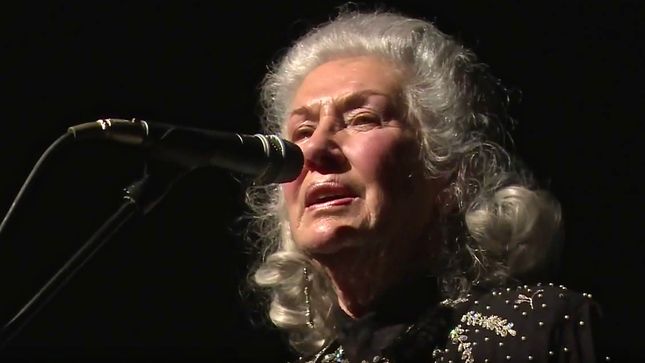 Thin Lizzy have announced that Philomena Lynott, the mother of the band's late frontman Phil Lynott, has passed away at 88 years of age, following an extensive battle with cancer.

Says Thin Lizzy: "A beautiful lady who endured a lot in her life but made the best of everything and was loved by all who met her. She will be very sadly missed. Rest In Peace Philomena."

Thin Lizzy guitarist Scott Gorham states: "It is with great sadness that we have learned today that Philip's mum, Philomena Lynott, has passed away. She was always a great supporter of Thin Lizzy from the early days, throughout the band's existence and beyond. She always did her best to keep Phil's flame alive over the years, opening up her home to thousands of fans from around the world who paid her a visit. RIP Phyllis- we'll miss you."

According to Hot Press, Philomena – who came to national prominence when her memoir My Boy became a #1 bestseller, was often described as Ireland’s greatest rock star.

Philomena had been battling with cancer for the past number of years. However, she had made the decision not to go through the full rigours of chemotherapy. She knew that the condition was terminal and lived with that awareness in recent times, managing the illness as best she could with great bravery, with the support of her best friend and closest confidante and ally Graham Cohen.

Philomena’s extraordinary life story was told in the book My Boy, written with Jackie Hayden and published by Hot Press Books. It was a two-time #1 best seller. After leaving school, she departed from Dublin to work in England. However, her plans were forever changed when she discovered she was pregnant with Philip, whose father was Cecil Parris, from Guyana. Philomena gave birth to Philip in a hospital in West Bromwich, beginning a turbulent phase of her life, during which she would have two more children, Philomena (born March 1951) and Leslie (born June 1952) – the full story behind which was revealed for the first time in the second edition of My Boy, published – again by Hot Press Books – in 2011. Philip, of course, came to Dublin while still a young boy, and went on to become one of Ireland’s most revered songwriters and musicians in a series of bands from The Black Eagles to Thin Lizzy, and finally Grand Slam, and as a solo artist.

Philomena Lynott was a formidable woman.

She championed the music of her son, spoke candidly about her life and what it meant to be a young mother, and maintained a close connection with Thin Lizzy fans even after Phil had passed on.