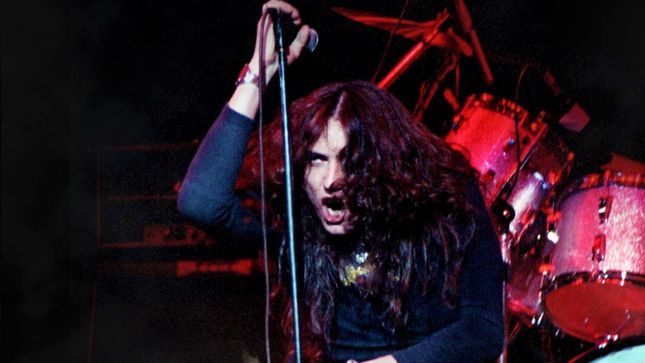 Photographer Bill O’Leary is back with a second volume of vintage photos of some of rock’s biggest names, entitled Timeless Concert Images II: And 40 Years Of Concert Experiences. Released on November 30, the 176-page book is priced at $35.99, and features vintage photographs of some of rock’s biggest names (50 artists in all) - King Diamond, Venom, Testament, Whitesnake, Johnny Winter, etc.

Once more, Bill has assembled not just a collection of his best images from his archives but has also included his own memories behind each concert and artist - almost all of which are in full color. And Timeless Concert Images II covers the stylistic gamut (hard rock, thrash metal, prog rock, new wave, southern rock, jam bands, etc.).

As a result, Timeless Concert Images II is the only book to feature awesome photos of King Diamond from July 1987, the B-52’s from November 1980, Venom from April 1986, U.K. from October 1979, and Col. Bruce Hampton & the Aquarium Rescue Unit from November 1992. Also featured are two forewords - penned by original Overkill drummer Rat Skates and Jag Panzer/Satan’s Host/Three Tremors singer Harry “The Tyrant” Conklin.

Bill O'Leary spent much of the '70s and '80s in front of the stage at rock concerts shooting photos that appeared in Rolling Stone, Creem, Guitar Player, and many other major publications. Back then, there weren't as many restrictions on concert photography, like the "first three songs" rule that is standard today (after the first three songs, photogs have to put down their cameras), and the proof is in the pages.

To view samples and/or to purchase a copy of the book, head here.