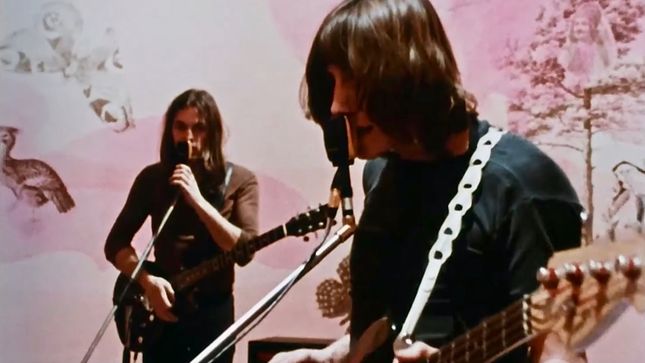 Below is rare video of Pink Floyd performing "Instrumental Improvisations 1,2,3", filmed live in the studio at Show Roland Petit Ballet in Paris, France on December 5, 1970.

As the title suggests, this version of "High Hopes", included on The Later Years, is an early version of the song and features an electric guitar solo and slightly different lyrics:

There will also be a 2-LP / 1-CD ‘Highlights’ package. It comes in a gatefold sleeve (for both 1-CD and 2-LP), and each will contain a 24-page booklet containing previously unseen and rare photos.

Pink Floyd The Later Years will be released on November 29, and is available to pre-order here.