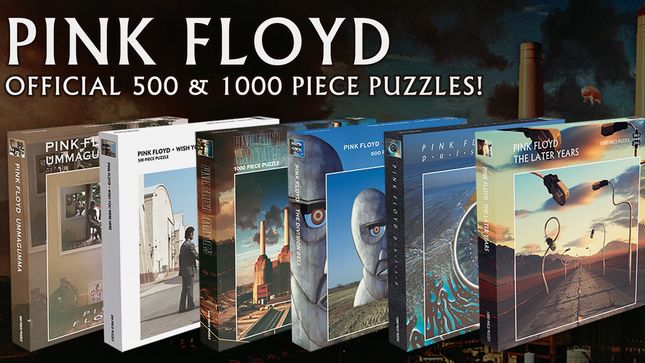 "Pink Floyd are the masters of psychedelia, the kings of prog rock. Now they have their own line of jigsaw puzzles via your pals at Rock Saws! We are thrilled to be rolling out NINE new Pink Floyd puzzles including classics such as: Ummagumma, Wish You Were Here, Animals, The Division Bell, Pulse and The Later Years! All of these will be available as 500 piece puzzles, but Animals, Pulse and The Later Years will also have a 1000 piece variant.

"With over 50 years of monumental artwork behind them, much of it created by the master himself, Storm Thorgerson, these album covers are practically as influential as the band themselves. They are high art, reflecting the magic of a band who would change the course of music forever.

"If you want one of these unique Pink Floyd jigsaws you’re going to need to act fast! Just click the link below and pre-order yours today. You’ll be piecing together rock and roll history in no time!"