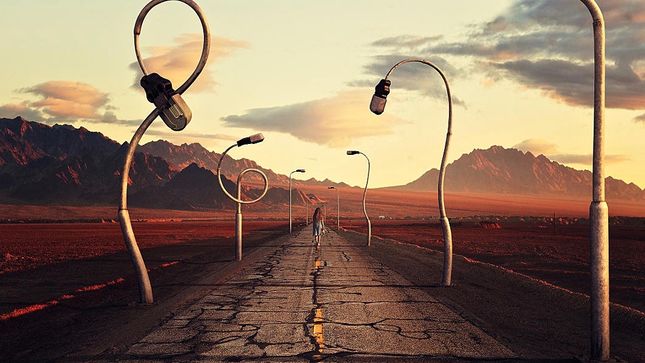 The Lost Art Of Conversation: A Pink Floyd Podcast (Episode 2: Live) is available for streaming below.

This episode deals with how the band were preparing for the terrifying prospect of the upcoming tour, only added to by the enormous pressure facing them whilst rehearsing in a massive aircraft hangar at Toronto airport.

The Lost Art Of Conversation: A Pink Floyd Podcast (Episode 1: Studio) is available below:

Pink Floyd - The Later Years, a 16-disc set (5xCDs, 6xBlu-Rays, 5xDVDs) covering the material created by David Gilmour, Nick Mason and Richard Wright from 1987 onwards, will be released on December 13, with a 12-track Highlights package (2LP or 1CD) available now.

In support of the release, Pink Floyd released the video below, featuring the 2019 remix of "Sorrow", live from Delicate Sound Of Thunder.

The period covered on The Later Years generated record sales of over 40 million worldwide and included three studio albums: A Momentary Lapse Of Reason, The Division Bell and The Endless River as well as two live albums: Delicate Sound Of Thunder and Pulse. With additional production from David Gilmour and Andy Jackson, over 13 hours of unreleased audio and audiovisual material, including the sought-after 1989 Venice and 1990 Knebworth concerts, Pink Floyd The Later Years is a must for all fans.

Pink Floyd The Later Years can be pre-ordered here.