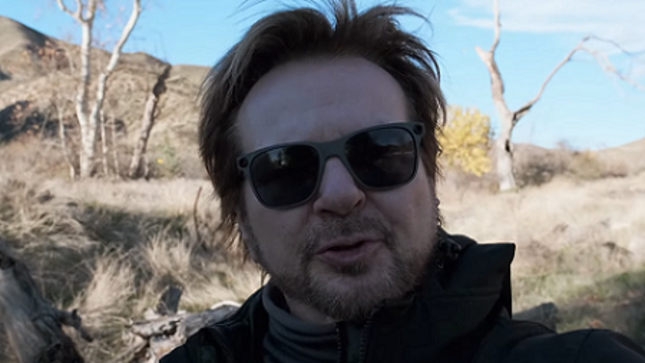 "Cowboys and Dragons or Dragons and Cowboys," ponders Poison drummer Rikki Rockett introducing his latest vlog, which can be seen below.

"Elizabeth Lake was said to be a portal to hell, created by the Devil himself who populated it with a creature described as having bat wings, the neck of a giraffe, the head of a bulldog, six legs, a length of at least 50 feet, and emit a horrible nauseating stench. Several ranchers and owners of land around Elizabeth Lake abandoned or sold their property at losses to get away from the beast. It turns out that Indian Legend also supports the rumors that the Devil created the lake. Is the monster still there? Was it ever there?"

Check out some of Rikki's other recent vlogs: