PRIMAL FEAR’s Best Of Fear Collection To Include Four New Songs; Cover Of HEART’s “If Looks Could Kill” Streaming 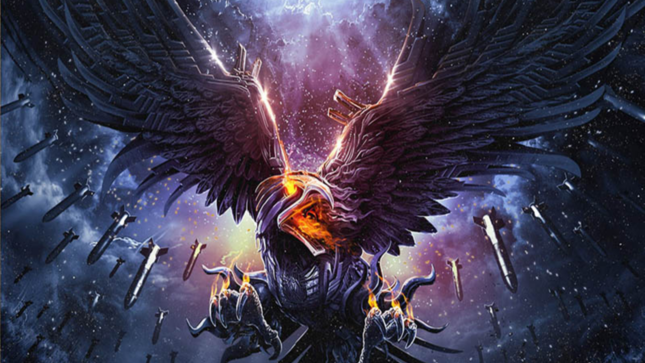 Primal Fear's new collection, Best Of Fear, will be released on November 10th. The set will include a new studio track, a cover of Heart’s “If Looks Could Kill”, which is available for streaming below.

Best Of Fear, as the name implies, is a new “best of” compilation. This double album culls together the best material from Primal Fear’s last 10 years of work (including the albums New Religion, 16.6 (Before The Devil Knows You're Dead), Unbreakable, Delivering The Black, and Rulebreaker), plus four brand new songs recorded specifically for this release.

Mat Sinner says: “We wanted to come up with something special instead of a regular “Best Of” album. We’ve recorded 4 new songs including a cover of the Heart song ‘If Looks Could Kill’ and in my view one of the best vocal performances of Ralf Scheepers career - crushing! We’ve divided the album in 2 CDs - on CD 1 the new tracks and our most favorite rockers, on CD 2 the epic stuff and the long songs including an exciting artwork by Stan Decker. This is a compilation we’re proud of and much more than a collector’s item!”

This comprehensive overview of Primal Fear's body of work over the past ten years is aptly split into two records which showcases the magnificence (and constantly maturing) songwriting abilities of these heavy metal lifers. The first album encompasses the heavier and more straight ahead material, while the second shows the more involved and epic side of the band’s songwriting.

CD2
“Everytime It Rains” (feat. Simone Simons)
“We Walk Without Fear”
“Fighting The Darkness” (long version)
“Hands Of Time”
“One Night In December”
“The Sky Is Burning”
“Where Angels Die”
“Black Rain”
“Born With A Broken Heart” (feat. Liv) (Remix)
“Born Again”
“The Man (That I Don't Know)”

“If Looks Could Kill” (Heart cover):