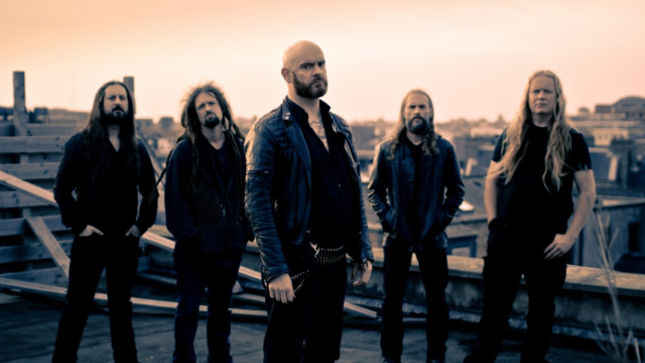 Irish Pagan metallers, Primordial, performed their track “Gallows Hymn” during their performance at the 2008 edition of Germany’s Wacken Open Air festival. Pro-shot footage of the performance can be seen below:

Primordial will embark on a 10-date European tour in April. The hand-picked lineup includes Icelandic black metallers Svartidaudi and German extremists Ketzer. The tour marks the first Primordial headliner tour in ten years, do not miss out on this rare opportunity. 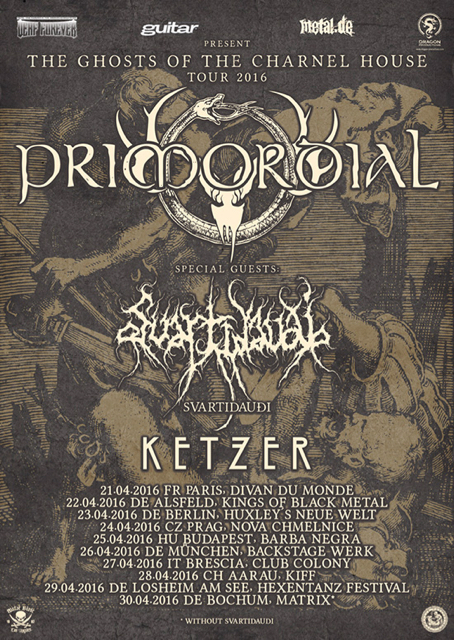 Comments Primordial: "Well isn't it about fucking time we tour Europe again? Been long over due, but time moves slow in Primordial land. So here we are in 2016 ready to announce a week and a half with Ketzer and Svartidaudi. What goes around comes around, so we've made the package interesting and we will honour a proper long set taking in all of the bands works. To make it worth your damn while. 70s style…No festival sets this time. so stoke the fire before Europe burns to the ground and we shall see you all at the feast of the Ghosts Of The Charnel House!"

Comments Ketzer: "Having just released our third album Starless, we now got a fever and the only prescription (besides more cowbell) is to finally bring the new songs on stage. So, we are more than pleased to announce that we will hit the road in April and tour through Europe together with Primordial and Svartidaudi. The opportunity to join such a diverse line-up makes us even more excited. Make sure to catch the Ghosts Of The Charnel House Tour and join in when we will combine old and new songs to a mesmerizing unity!"