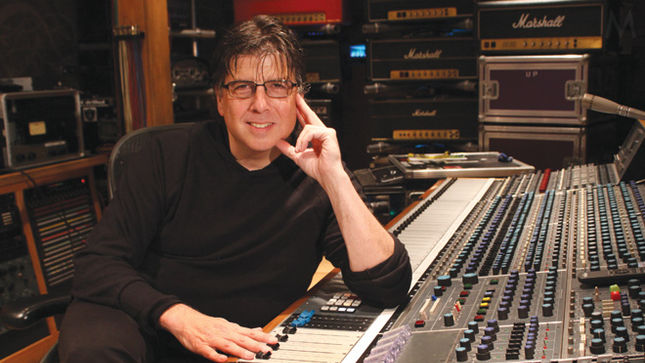 Howard Benson discusses how he turned a Materials Engineering degree into a career as a record producer. Starting in the tail end of the hair metal era where he worked with bands such as Bang Tango, Tuff, SouthGang, and Pretty Boy Floyd, he moved on to heavier bands such as Motörhead and Sepultura in the ‘90s, and then hit big in the 2000’s with P.O.D., Daughtry, and Kelly Clarkson.

On producing Butch Walker (with SouthGang): “Butch is kind of an asshole, if you want to know the truth, and you can print that. There's only one person in the music business who has ever trashed me in print, and he's one of ‘em. He wrote a book, and for some reason, I have no idea why, but he trashed me. Cause I was tough in making the record I was producing. He didn't want to be produced, he wanted to be the lead singer. He thought the lead singer was awful. He wanted to be the star of the band, you know, he wanted to be the guy. He wasn't the guy. He was just an average guitar player. And he's still kind of average."

On working with Keith Olsen after being fired by SouthGang: “I did two records with them. The second one I was actually taken off the record by the band because they hired a new manager. The turning point in my career, cause the record was taken over by a guy named Keith Olsen, who is famous. A very famous guy. He was my mentor. Had they not done that, I would have never met Keith and never would have really learned how to produce records. It was one of those great moments were you take lemons to make lemonade.”

On being “saved” by Motörhead: "Motörhead was incredibly important to me, and I still thank Lemmy and his manager Todd Singerman to this day. I thank them for literally rescuing my career."