Producer MIKE FRASER Featured In New Audio Interview - "Rock's Not Dead; It's Just Dead With How We're Trying To Do It" 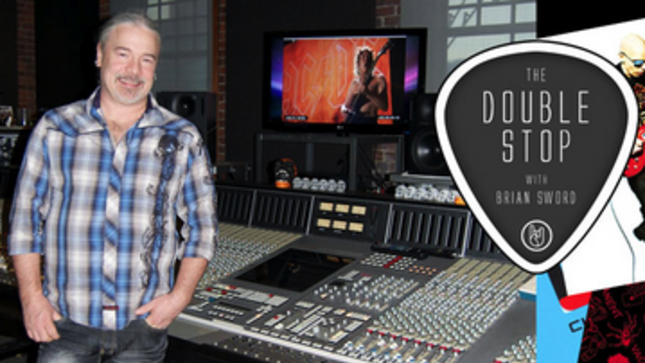 In episode 63 of The Double Stop, host Brian Sword is joined by producer/engineer Mike Fraser (Aerosmith, Coverdale-Page, AC/DC, Blue Murder, The Power Station, Joe Satriani, Chickenfoot). He discusses his career, from how he got his start with Bob Rock and Bruce Fairburn at Little Mountain Sound, to his first big break with Aerosmith, working with Jimmy Page on the Coverdale Page album, AC/DC on The Razors Edge (and iconic guitar parts on Thunderstruck), Blue Murder, The Power Station, Joe Satriani, Chickenfoot, and the new AC/DC record Rock or Bust.

On Rock Or Bust (42:26) - "It was tough in terms of everyone missing Mal - concern for Mal. To be honest, After Black Ice, I didn't think there would be another record. And I gotta give Angus kudos for deciding to take the entire load on his shoulders - it used to be share between him and Mal. Some of the songs, I think, were co-written with Malcolm - or some of the riffs. But it was Angus who put it all together."

On working with Jimmy Page (31:00) - "I've never been star stuck, but that was probably the closest I've been to being star struck starting a record"