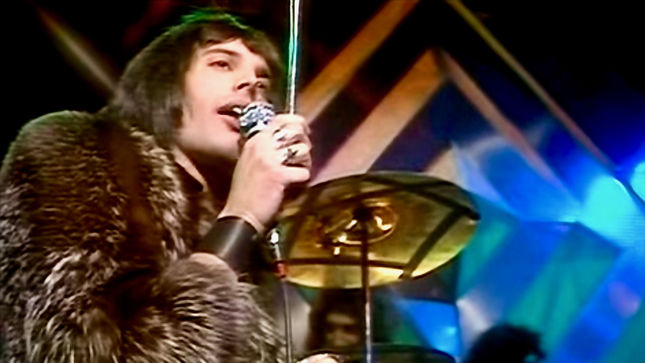 Queen continue to release new lyric videos for their classic songs, this time for “Killer Queen” , featured on the band’s 1974 album, Sheer Heart Attach. Watch the new clip below:

Queen previously released official karaoke style lyric videos for their songs “Don’t Stop Me Now” (with Spanish, Japanese and Italian translations), “We Are The Champions”, “Somebody To Love”, “Bohemian Rhapsody”, “Radio Ga Ga”, “The Show Must Go On”, “I Want It All”, “Don’t Stop Me Now”, “Another One Bites The Dust”, and “We Will Rock You”, all available for streaming below: