QUEENSRŸCHE Bassist EDDIE JACKSON - “Sometime In Late Spring We Should Be In The Studio Recording The Next Album”; Video 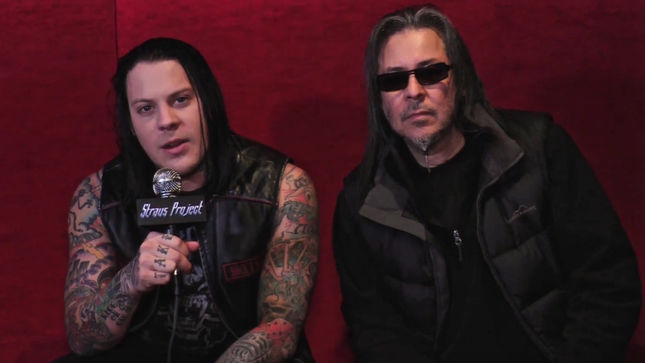 Bassist Eddie Jackson and guitarist Parker Lundgren of Queensrÿche are featured in a new video interview with Straus Project, in which they discuss chef skills, band dynamics on the road, the best parts of 2016, upcoming plans and more. Watch below: