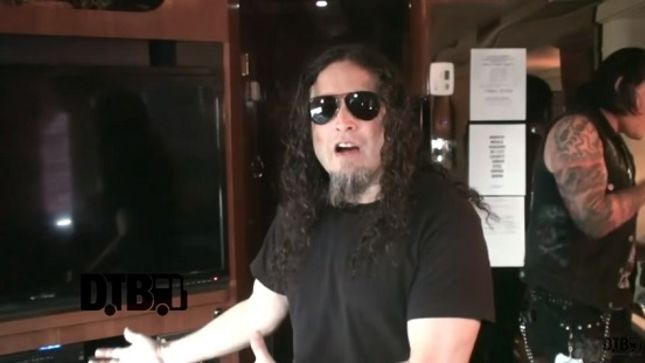 A new episode of Bus Invaders has been uploaded and each episode of takes you inside the touring vehicle of one of today's top touring acts. In this episode, Queensrÿche takes you on a tour of their bus, while on the Scorpions' 50th Anniversary World Tour.

Queensrÿche guitarist Michael Wilton can be seen below in a Guitar Playthrough video for the lead-off Condition Hüman track "Arrow Of Time":