QUEENSRŸCHE Guitarist MICHAEL WILTON Gave Up Promising Baseball Career To Be A Musician - “It Happened When I Was In High School And I Went To The BLACK SABBATH Concert”; Audio 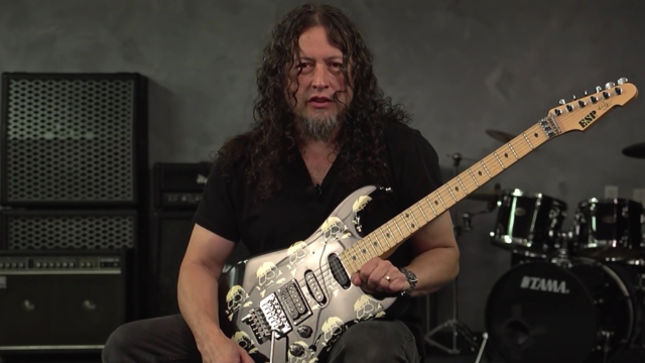 Queensrÿche guitarist Michael Wilton has revealed that a Black Sabbath/Van Halen concert convinced him to give up a promising career as a baseball player and focus on music.

Speaking on the White Line Fever podcast, Wilton spoke of touring Europe with a representative baseball side when he was in school and of being torn between the two pursuits.

“Before I became a musician, I was a jock,” says Wilton. “I played baseball, I played football, I did all that stuff in school. I was actually pretty good. I played second base and I played third base. I had quick hands and good eyes.”

But one fateful day, Wilton attended an event that changed his life. “It happened when I was in high school and I went to the Black Sabbath concert – I think it was the Never Say Die Tour, where Van Halen opened for them. I had never seen them live. They opened with a song called “On Fire” and that moment – I think I was a bit hazed at that concert too but it just amplified the surroundings… when that song started and I saw him on stage, I knew that’s what I wanted to do.”