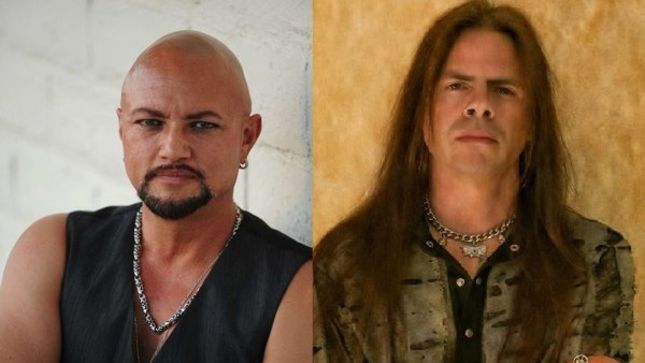 On August 7th, La Torre guested on Eddie Trunk's SiriusXM Volume show, Trunk Nation, and recounted the meeting. Following is an excerpt from the discussion:

La Torre: "He was stage left, near Michael Wilton's side of the stage, and he stood there, I would imagine, it seemed like probably the whole show. I knew he was standing there watching. So afterward, the show was done and he came over, I exited the stage and he came over and kind of tapped me on the shoulder, put his hand out and said, 'We never really had a chance to meet, really.' I shook his hand and he said, 'This is the first time I'ver heard you sing. Wow! You're amazing!' And I said, 'Well, thank you very much. That's nice to hear.'

And I was complimentary of him. I said, 'Listen, for what it's worth, I have defended you. I know that sometimes the media and people can try to stir the pot, and for what it's worth, as far I'm concerned, you've done it all. I was kind of just expressing the sentiment, like, 'You don't have anything to prove in my book. You've already done it all.'

It was a nice, complimentary exchange. We shook each other's hands, we did a little selfie. He was nice to me, I was nice to him. So, should there ever be another time where we're in the same area, it's nice to know that he could walk up to me or I could walk up to him, or whatever, and it's fine. So that was good. There was no craziness, nothing weird. So, at the end of the day, as an outsider, I thought, 'You know, this is good that we can be in the same area, and there's no craziness or anything.'"

Australia's Heavy spoke with La Torre in late 2016 about fronting the band and replacing Geoff Tate. Following is an excerpt from the interview.