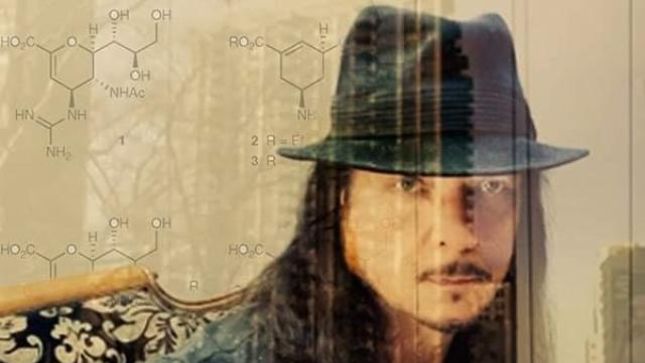 Chuck Wright, long-time member and bassist for Quiet Riot, as well as Montrose, Alice Cooper, House of Lords, and founder of the award-winning Ultimate Jam Night today announced the addition of renowned musicians to his solo single, "The Weight Of Silence".

First released in May of 2020, "The Weight Of Silence" quickly gathered praise from listeners and the music community. Among those reaching out to Wright to perform on the song were drummer Troy Luccketta of Tesla, and distinguished Jazz fusion guitarist, Alan Hinds. Hinds is best known for his work with Natalie Cole, and James Ingram among others. After hearing of compliments from keyboardist Derek Sherinian (Sons Of Apollo, ex-0Dream Theater) through a contact, Wright asked Sherinian if he’d be interested in helping add tracks to a newly reimagined version of the song.

"I was humbled by the response of the general public and my fellow musicians," said Wright. "Once Troy, Alan, and Derek came on board for a re-recording, I reached out to Ben Woods, one of today’s most acclaimed Flamenco guitarists. Ben brings a tremendous pedigree and has done unique rock interpretations with his group Heavy Mellow.  I thought he’d add a wonderful dynamic alongside these other great talents."

The re-recorded solo effort with Luccketta, Hinds, Sherinian, and Woods alongside Wright, is again being released via a video depicting the feeling of isolation in an apocalyptic world. Stark images of an empty train journeying to empty cities creates a storyline.

Best known for his work with major touring acts, Wright has also been involved with over 100 recording projects throughout his stellar career.  The single highlights his musical versatility, producing talent, and video editing capability. Originally released on YouTube, the song is available via multiple streaming services.