QUIET RIOT Drummer FRANKIE BANALI Talks Band's Heyday - "We Were Really, Really Fortunate To Have Been At The Right Place At The Right Time" 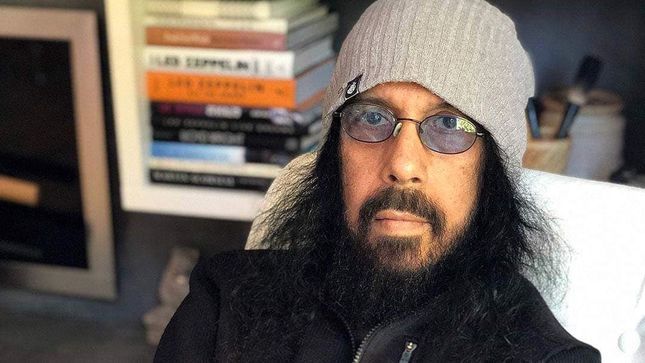 With former singer James Durbin (who joined Quiet Riot in 2017) ending his run in the band prior to Hollywood Cowboys’ release, Banali has brought back Jizzy Pearl (Ratt, Love/Hate, L.A. Guns), who previously worked with the band from 2013 to 2016, to front the ever-resilient machine as it steamrolls into 2020.

Banali: WWe had almost three great years in the past with Jizzy. I really like him; he’s his own person, and he’s very quirky. He’s an incredible singer in his own right. He has his own style. He’s not trying to copy (late singer) Kevin DuBrow, but he does justice to the Quiet Riot material and legacy while at the same time making it his own, which for me is very rewarding. He’s an incredible live performer, and he was a great fit for the time he was with us. So, when I found myself in need of a new vocalist, rather than reach out to a couple of people who I had in mind who had no previous connection to Quiet Riot, I wanted to see if there was a possibility of him returning to the band. I was very happy that he wanted to be involved again; it’s a win-win situation for me.”

Despite frequent shifts in the singer department, the post-DuBrow Quiet Riot has soldiered on thanks in large part to the sonic foundation laid by Banali, bassist Chuck Wright (whose sporadically history with the band dates back to the early ’80s) and long-serving guitarist Alex Grossi.

“I was very conscious of the fact that the last touring lineup that Quiet Riot had (with Kevin) was with Alex on guitar and Chuck on bass. That was Kevin’s favorite lineup, because it was a lineup that functioned well live and as people. Alex and Chuck were the first people I reached out to. I have an incredibly great relationship with (former bassist) Rudy Sarzo. He’s one of the biggest supporters of Quiet Riot and of me personally. But he has his own things going on, so that was not a consideration at the time. I wanted to respect what Kevin felt about that particular lineup, and I was very happy that they wanted to come on board as well.”

“We were really, really fortunate to have been at the right place at the right time, having written the right songs and having had the opportunity to have a Slade song become a worldwide hit for Quiet Riot. It was a combination of being at the right place, being at the right time, having the right lineup, having a great record and having MTV be a huge part of promoting us. All of those stars aligned themselves to make it possible for us not only to be a different sound, but to be able to have a #1 album on Billboard, which was unheard of. I still love the fact that we were able to do that and were afforded that opportunity.”