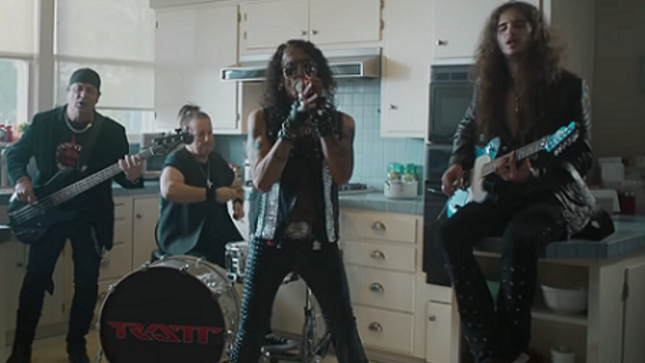 Due to the boost from their Geico commercial, Ratt’s hit song “Round And Round” has re-entered the Billboard Top 20 for the first time since 1984. The California rockers biggest single to date, it reached #12 on the Billboard Hot 100 in 1984. The song has reemerged on #18 on the Top 20 Rock Digital Song Sales.

The band states: “A HUGE Thank you to all of our fans, old and new, who have pushed RATT up the charts this year, 2020, The Year of the RATT!

“We look forward to seeing all of you out on the road when our tour is back on track. We are going to celebrate this success with each and every one of our Ratt ‘n' Roll Fans!”

Ratt can be seen in a new television commercial for Geico Insurance, which began airing in April. In the 40-second spot, which can be enjoyed below, new homeowners rave about the character and detail of their new house. Although, they do have a small Ratt issue... as the band plays their hit single "Round And Round".

Frontman Stephen Pearcy commented on the experience during an interview on SiriusXM's Trunk Nation.