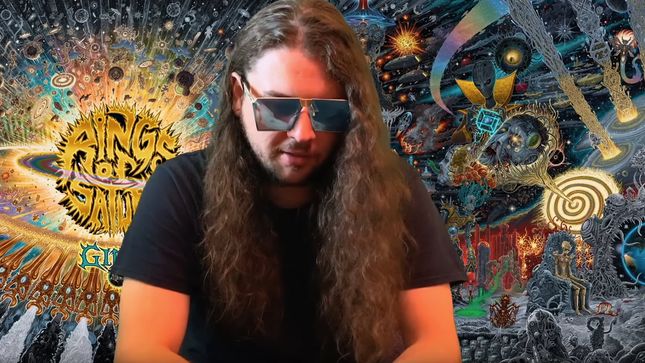 Pre-order Gidim in the format of your choice, as well as merchandise, here.

Gidim is available in the following formats from the Nuclear Blast web shop and band stores:

Gidim was recorded by Lucas Mann of Mann Studios with the exception of vocals, which were tracked by Mark Lewis of Audiohammer Studio and drums recorded by Marco “Lord Marco” Pitruzzella. Mark Lewis also handled the mixing and mastering. The album includes guest performances from Dan Watson of Enterprise Earth, Charles Caswell of Berried Alive and Yo Onityan. The album artwork was created by Mark Cooper.

Recently, Rings Of Saturn announced they are hitting the road on the Gidim Release Tour 2019. Tickets are now available for purchase at all fine ticketing outlets. Confirmed dates are listed below.