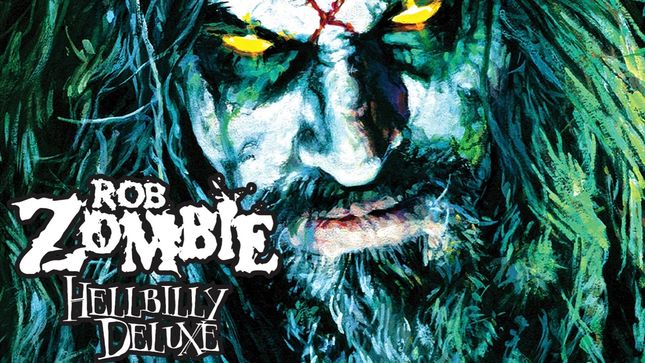 Rob Zombie has announced that Halloween Horror Nights at Universal Studios Orlando is hosting a Scare Zone based on Hellbilly Deluxe, running from September 6 through November 2.

Halloween Horror Nights' description: "You know his music, now it’s time to live it. Step into the heavy metal horror of Rob Zombie’s music and imagery in this pulse-pounding scare zone. From otherworldly beings to brutal maniacs, you’ll come face-to-face with his twisted creations as the music cranks to a frenzy."

The first official video trailer for 3 From Hell, the upcoming 2019 horror film written and directed by Rob Zombie, can be seen below.

3 From Hell, is the third instalment of a trilogy including 2003’s House Of 1000 Corpses and 2005’s The Devil's Rejects. The plot is centred around the three main antagonists of the previous films played by Sheri Moon Zombie, Bill Moseley, and Sid Haig, and introduces a new character, Foxy, played by Richard Brake. The film marks the long awaited conclusion to Zombie’s gory and original tale of the Firefly clan.