ROBERT TRUJILLO - "When METALLICA Get Together And Plug In They Just Turn Into These Big Teenagers; That's Why I Know The Next Phase Is Going To Get Even Better" 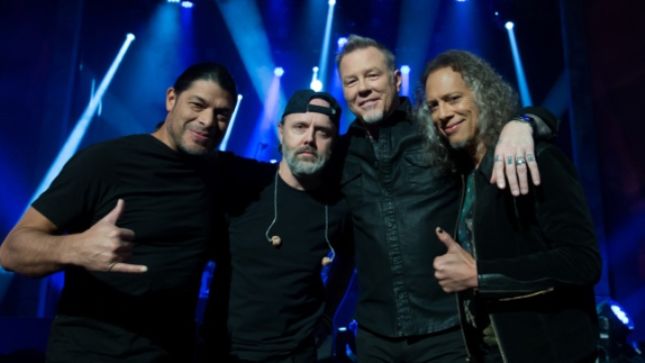 Metal Hammer: Working with ex-Alice In Chains guitarist Jerry Cantrell for his second solo album, 2002’s Degradation Trip must have been quite a stretch…

Trujillo: "I was primarily just there to enhance the bass, but he taught me a lot about simplicity and using space and notes that really mean something to a song. And I wrote some songs with Ozzy that were really cool but you’d never know, one day he likes the song, and the next day he doesn’t and he doesn’t remember that he liked it, and then six months later he loves it and goes ‘Why didn’t you show me the song before?’ You’re constantly battling with which Ozzy you’re going to get when you’re putting your ideas together, but it was a wonderful experience."

Metal Hammer: It must have been very different from joining Metallica in 2003, at the height of their problems.

Trujillo: "Yeah, it seemed like James (Hetfield) was walking a tightrope, on thin ice – he seemed very guarded and he had a lot of things going on in his personal life. Everything was according to a schedule. Now it just seems like he’s got his juju back. He’s sober of course, but he’s got that Hetfield attitude that’s confident and powerful and creative, but he’s also very inspired by ideas that I’ll have."

Metal Hammer: Are Metallica a different band from the one you joined in 2003?

Trujillo: "When Metallica get together and plug in they just turn into these big teenagers. It keeps the music exciting. That’s why I know the next phase is going to get even better; it feels like there’s something new happening right now with us. You always have to hit those walls and barriers, with age things happen and in the world of Metallica, around St Anger, that’s what happened. Now that I feel like I’m in the band I feel like there’s a lot of unity and we share a lot of the same kinds of interests. I can ask them about how to change a diaper and what happens in the terrible twos, you know, potty training…"