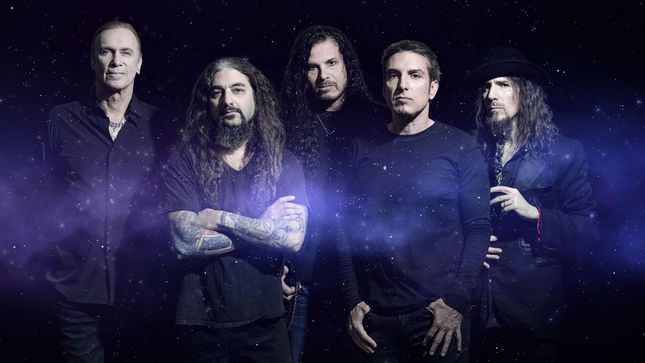 Guitarist Ron "Bumblefoot" Thal recently guested on Sonic Perspectives and discussed the forthcoming Sons Of Apollo record, as well as joining Asia as touring singer/guitarist earlier this year. Check out the audio interview below.

Bumblefoot: "The first album, Derek and I would make all these riffs that we would throw into the hat, and then we had maybe 11 days in the studio where we would put them all together and expand on the ideas and turn it into songs. And Billy (Sheehan / bass) was there for that as well once he got off tour. Then Jeff (Scott Soto /vocals) would turn all these crazy prog monstrosities into these palatable, beautiful songs, which is what Jeff does. He's just magic. And the same thing with us now. Now we did the same thing where me and Derek would come up with all these crazy ideas and just throw them into the hat and then me, Derek and Mike (Portnoy / drums) got together. This time we only had eight days, and we just busted out everything we could in eight days and there was a little more of a chance after that where I could take all my guitar parts and work on them at my studio and Derek at his, and that was just the only way we could pull it off this year.

Produced by The Del Fuvio Brothers (Portnoy and Sherinian), MMXX will be released on January 17 via InsideOutMusic/Sony as a standard CD package, Limited Edition 2 CD package (which includes instrumental mixes and a cappella excerpts), 2 LP + CD package, and on all digital formats. Pre-order here. Digital pre-orders come with an instant download of the album’s first single, “Goodbye Divinity”. A video for the song can be seen below:

In touring news, the band’s headlining MMXX World Tour will launch January 24 in Pomona, CA and will take them around the world throughout the new year. Tickets are on sale now.