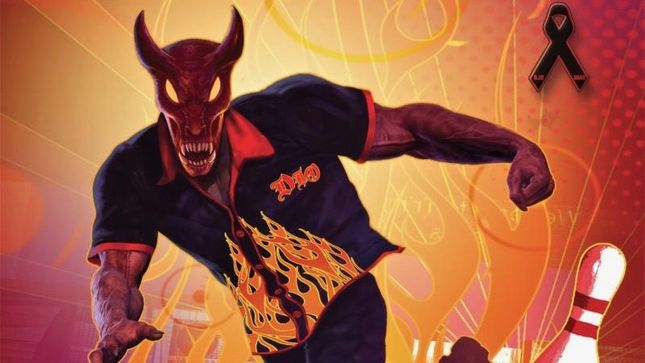 Feverish bidding is now under way on eBay for a place on the celebrity bowling team captained by television and radio personality Eddie Trunk at the Fifth Annual Bowl For Ronnie Celebrity Bowling Party on Thursday, November 7 at PINZ Bowling Center in Studio City, California.

Trunk, who is heard on SiriusXM's Volume channel and whose TV series TrunkFest airs on AXS-TV, will host the event benefiting the Ronnie James Dio Stand Up and Shout Cancer Fund, which sold out in advance last year and raised a record $74,000 for the cancer charity.

The eBay auction for a place on Eddie Trunk's 2019 team will end on Sunday, October 27 at 6 PM, Pacific time. You can bid on it here.

Additionally, a second auction for a spot on the KLOS-FM Radio team, featuring Frank Kramer of the Frosty, Heidi and Frank morning show, will be going up within the next week. Details coming soon.

The Bowl For Ronnie is an evening of fun, food, a raffle drawing for prizes and memorabilia. and, of course, bowling with rockers and celebrities competing for trophies kicks off at 6:30 PM with open bowling and a VIP pre-party for lane sponsors, celebrities and their guests. Music for the pre-party will be supplied by DJ Will.

100% of the net proceeds from the Bowl For Ronnie will go to the Dio Cancer Fund. Individual tickets and lane sponsorships are now on sale, and participants are encouraged to gather friends, family and co-workers for the ultimate bowling team. The Pinz Bowling Center is located at 12655 Ventura Blvd in Studio City, California.

Highlights of last year’s event can be viewed below: