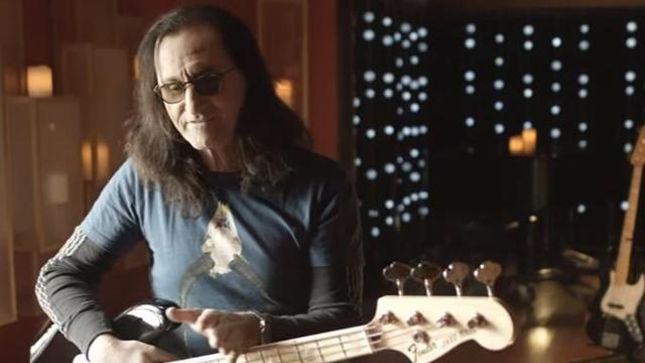 Rolling Stone caught up with Rush frontman and Canadian music icon Geddy Lee, who revealed his 10 favourite bassists. Following is an excerpt from the rundown.

Rolling Stone: "The players that Lee chose for his list — from '60s and '70s rock gods like John Entwistle and John Paul Jones to Motown legend James Jamerson and jazz-rock virtuosos like Jaco Pastorius — all had a hand in making the bass that much cooler. They’re a diverse set of players, but Lee says that they all share a particular dual skill set."

John Entwistle (The Who)

Lee: "He was one of the first gods to me. Gods of rock (laughs). Ever since I first heard 'My Generation', it’s like, 'Who is that?' That was a name you needed to know. And I still rank him as the greatest rock bassist of all time, in one sense. First of all, he was ferocious, and he had a sound that dared to encroach upon the domain of the guitar player. So he had a very loud, very aggressive tone. And to hear that on pop radio — I mean, 'My Generation' didn’t get as much play over here as it did in the UK, but it was a pop hit with a bass solo in it, no less. So I was drawn to, first of all, his tone, secondly, his audacity and thirdly, his dexterity. I mean, he had incredible dexterity, and just moved across the strings in such a fluid manner with such ease, and yet, sounded so tremendously ferocious at the same time.

We all tried (early on) to play 'My Generation' and failed miserably, but you do your crappy version of it. … I would say Who songs were harder to do than, say, a cover of 'Road Runner' by Junior Walker and the Allstars, where you can transform that into sort of a rock bass (line) without too much trouble. But yeah, The Who were much tougher."

Lee: "A friend of mine and I, we used to skip school all the time when we were in junior high school, and we would go to his house. And we were both just nuts about music, and he would turn me on to a lot of different things that I’d never heard, a lot of progressive-rock bands that I didn’t know of. So one day, we skipped class and went to his house, and he put on this record. It was Yes, Time And A Word, and I was just blown away by the sound of Chris Squire’s bass. I mean, it was so up-front. And again, it reminded me of John Entwistle in that aggressive way, but the music was much more adventurous and much more layered. The song I first heard was the song called 'No Opportunity Necessary, No Experience Needed'. If you put that song on, it’s very bold the way it starts, almost like a classical intro. And then boom, the bass comes in and it’s so blistering. For a young kid bass player, it was amazing. I mean, it blew me away. And for the next umpteen years, I became a die-hard Yes fan, and a die-hard Chris Squire fan.

The first time Yes came to Toronto, my friend Oscar and Alex (Lifeson) and myself, we lined up at Maple Leaf Gardens all night to get tickets, and we ended up with second-row seats. Yeah, I’ll never forget that. We drove out. I think it was that same week, they were also playing in Kitchener, Ontario, and we drove out there and saw them out there as well. They still are the only band I’ve lined up all night to see (laughs).

It was fairly surreal to me, when I was asked to play 'Roundabout' with Yes (at the 2017 Rock and Roll Hall of Fame induction), especially that song, which was such an important song, not only for me as a bass player, but also, there are very few progressive rock songs that have been such important hit singles, too. So it’s a fairly unique song, and the bass drives that song. There’s just no doubt about it. So I was really deeply thrilled to be able to play with them. It was a very strange but happy experience for me."