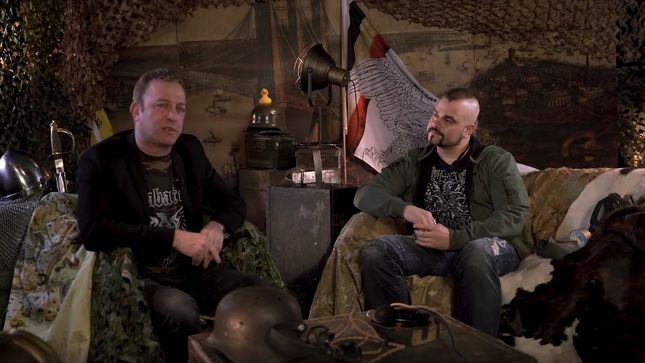 Sabaton have released Episode 4 of their ongoing The Great Tour Vlog, stating: "In Episode 4 of The Great Tour vlogs, Hannes takes you on a tour inside the tour buses and explains how useful it is having his face on 7 big trucks. Tommy, Chris and Hannes show you some heavy work out exercises, a bit before Chris manages to burn his hand during the show... The 3 of them also compete at a Pokerdice game - can you guess who wins? The band also receives a Sold Out Award from König Pilsener Arena, they play Sportpaleis, the biggest indoor Arena in Europe, plus they deliver 4 fantastic shows in Leipzig, Frankfurt, Oberhausen and Antwerp!"