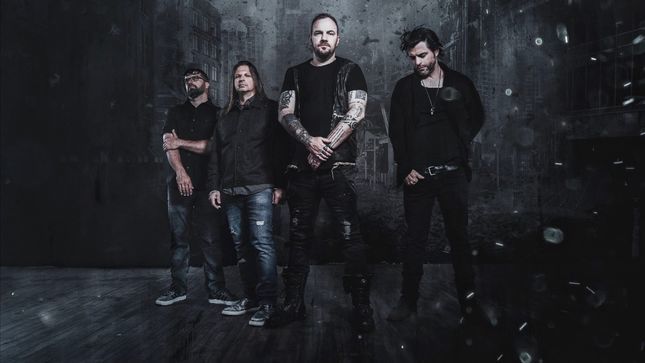 After a very busy 2019, releasing a new album, playing festivals in the USA and Canada, Saint Asonia announced this month their small Ontario run. The band will kick off the dates in their home town of Peterborough, ON at The Venue on March 19th, hitting Toronto, ON at Phoenix Concert Theatre on March 20th and then finishing in Ottawa, ON on March 21st at Bronson Centre. Joining them on tour is The Standstills.

Singer Adam Gontier comments: "These are gonna be some really great shows. We’re pretty busy this upcoming year, and these hometown / Ontario shows are basically kicking the year off. We’re all super stoked and ready to get touring again, and we’ve put together a pretty badass setlist with a bunch of old stuff and new stuff from Flawed Design. And to top it off, The Standstills are a really great band, so all the way around, this short Ontario run is gonna be killer."

"The thing about Flawed Design is that it took longer than we expected to make," Gontier explains. "But in the end, because of that, it turned out to be a really good piece of work. There were so many things happening in my personal life when we started the process in early 2017 I basically took a step back, took care of the things I needed to, and I went through a lot of extremely difficult situations I found myself in a bad place. But, when I finally came out on the other side, I focused, we focused, and we made Flawed Design. It's a very real, vulnerable look into the last few years of my life — the good, the bad, and the ugly."

He finishes, "I feel confident in saying Flawed Design is, without a doubt, the best body of work/music I’ve ever created. I hope it has the same impact on fans, as it has on me."