SAMMY HAGAR Remembers EDDIE MONEY's Loyalty To Family & Friends - "You Needed Something From Eddie? Brothers All You Gotta Do Is Ask"; Video 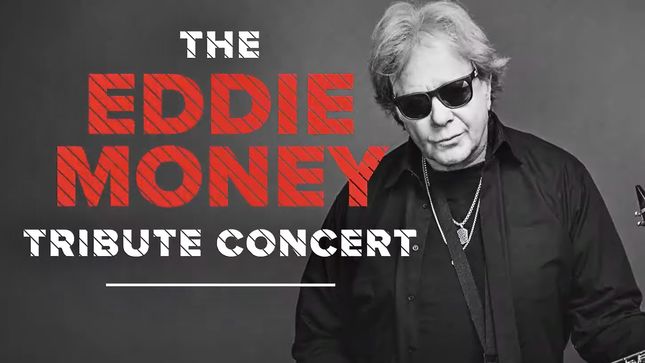 AXS TV will be honouring the incredible life and enduring legacy of beloved rock icon Eddie Money, exclusively broadcasting the Eddie Money Tribute Concert on Sunday, March 22 at 9 PM, ET/6 PM, PT. Watch a new video trailer in support of the special, below:

The above mentioned concert was the first public recognition honouring Eddie since his passing on September 13, 2019, with proceeds of the event benefiting MusiCares and the USC Eddie Money Cancer Research Fund.

The evening features unforgettable appearances and performances by Eddie’s family and fellow music legends. The concert included powerhouse performances of Eddie’s classic hits such as “Shakin’” by Sammy Hagar, “Save A Little Room” by John Waite, “Think I’m In Love” by Kevin Cronin and Dave Amato, and an acoustic performance of “Baby Hold On” by James Hetfield.

Tune in for a heartfelt celebration of the man whose trademark vocals fuelled chart-topping favourites and provided the soundtrack for a generation of music lovers.