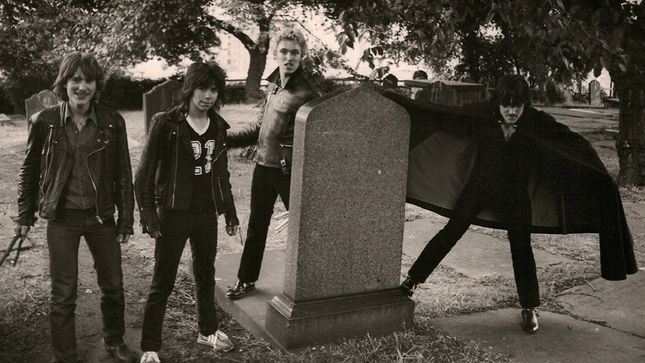 Legendary act, Satan, was born in Newcastle, England in 1979. Though generally obscure throughout their career, the band is considered influential for playing a form of proto-thrash metal that was advanced by the standards of the early 1980s and later revered by the likes of Metallica and other major heavy metal bands.

Guitarist Russ Tippins comments: "In the 1980s we made three different demos which were reproduced on cassette tape (of course). The songs on each demo give the listener a broad indication of where the band was at both artistically and technically. What’s interesting about this double-vinyl & CD release is that it features three different singers and three different drummers. Satan was in a constant state of flux in those early days, energy and free time were all we had! We are proud of our history and hope you enjoy these demos. Once again we’d like to extend sincere thanks to our former bandmates for being part of this story and especially to Listenable Records not only for putting this album out, but also for their vital support from 2013 to 2017 - a significant period since the reunion of Satan nine years ago."

Early Rituals is a collection of the band’s legendary demos now freshly and fully remastered. They showcase  stunning songwriting and playing that still sound so relevant today. It is a must have for all worshippers of classic heavy metal.

Available in Europe on September 25, and in North America on October 9. Pre-order here.