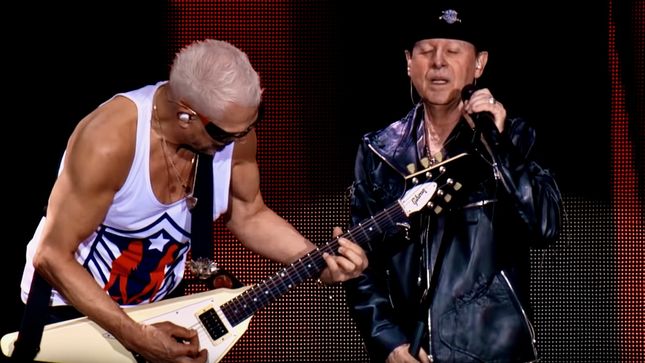 Professionally-filmed footage of Scorpions performing "Still Loving You" live at France's Hellfest in June 2015 can be seen below: