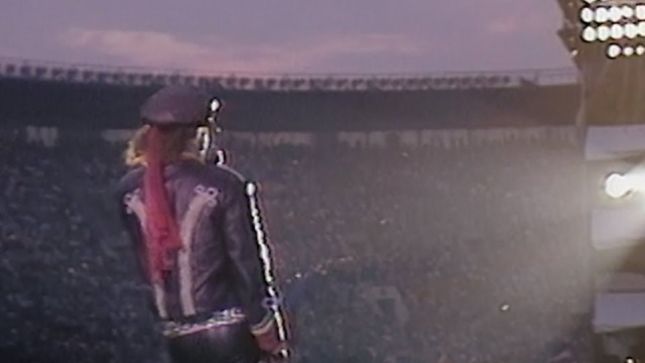 The Scorpions continue to unearth rare live footage of the band in action. The latest clip, found below, features the band performing their classic "Holiday" at the Moscow Music Peace Festival in 1989.

The Moscow Music Peace Festival took place on August 12th and 13th, 1989 in Moscow, Russia. It was organised to promote world peace and to establish a cooperation in fighting the war on drugs in Russia. The event was held at a time of immense change in the Soviet Union and is said to have inspired the Scorpions classic "Wind Of Change".