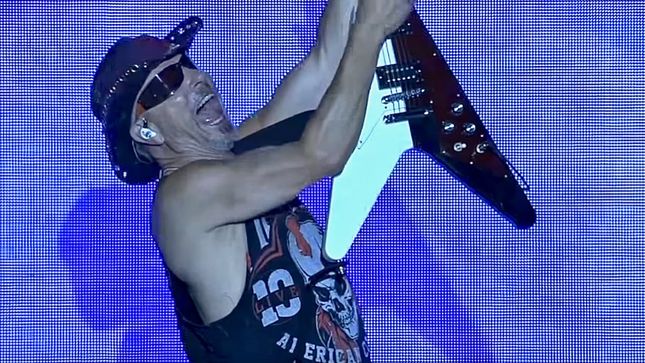 In a new interview with Headbangers Lifestyle, Scorpions guitarist Rudolf Schenker revealed that the German crew are preparing a “historic” new album with a “famous” producer.

"Why we have this idea of recording a new album is because Mikkey (Dee, drummer) became, let's say, a great force for Scorpions," he said. "When we were fighting for a change and [trying to] get us back on track with the band, and it didn't work, we found Mikkey. Mikkey just fits perfectly into the chemistry of Scorpions. Plus, he is a very creative person. That means we have now the chance to make an album that is special and fresh.

"Everybody in the band is now on leave and at home to celebrate the holidays with their family (interview was conducted at the end of last year), until the New Year," Rudolf continued. "We will meet again in the New Year and everybody will come and bring in ideas in the studio. We already found a producer to record with. A famous and well-known personality… No, I'm not gonna say who he is… really not! But we are all very excited to produce a new, historic rock 'n' roll album."

German heavy rock legends, Scorpions, have launched a video trailer for their new Rock N Roll Star Single Malt Whisky, previously only available in Sweden, and now available in Germany, Poland, Japan, and the UK. Find the clip below.

Scorpions continue to make waves, teaming up with Swedish top distillers Mackmyra to release the ground-breaking whisky, adding a distinct and original German twist to the drink. 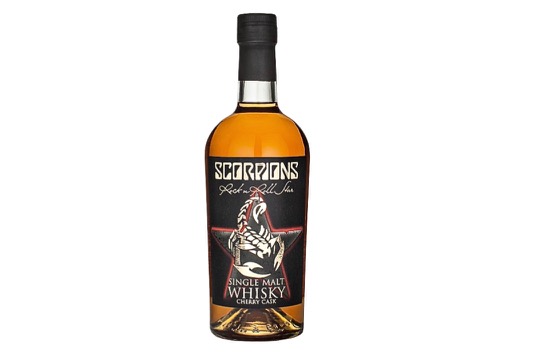 The affectionate relationship between Scorpions and their Swedish audience is not only manifested with the addition of Gothenburg-based drummer Mikkey Dee a couple of years ago; with the release of Scorpions Rock´n Roll Star Single Malt Whisky Cherry Cask, the German-Swedish love affair is taken to the next level.

Matured in American ex-bourbon barrels as well as former Oloroso sherry casks, but with an additional finish in German sweet cherry wine casks, the meeting between German wood-influences and Swedish whisky-craft could not have had a better end result. While maturing spirits in casks that have held sherry, port wine or madeira wine is relatively common in the world of malt whisky, the use of the German ex-sweet cherry casks is guaranteed to pique the interest of the whisky aficionados. The added cherry sweetness to the character complements the vanilla of the ex-bourbon casks and the nutty buttery flavours of the sherry casks beautifully.

Order your bottle via the links here.