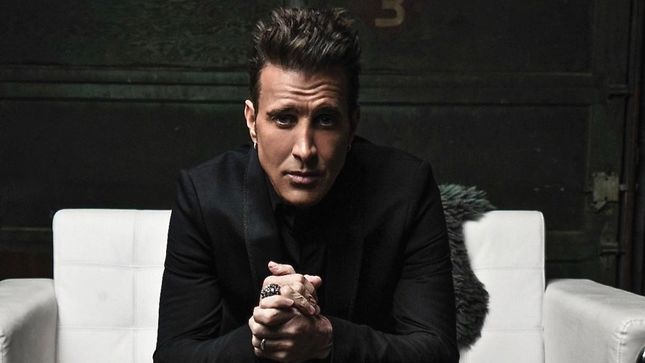 Grammy winning songwriter, powerhouse frontman for Creed, and platinum certified solo artist, Scott Stapp, today debuts the video for his new single, “Purpose For Pain”, revealing an auto-biographical rush of memories, from abuse, to escape, and going from bad to worse before finding the beauty in life’s hard-learned lessons. The single is the first from Stapp’s upcoming album, The Space Between The Shadows (July 2019 on Napalm Records) and will arrive during a summer tour that has now doubled its routing. Tickets for today’s newly announced dates go on sale Friday, April 12 (full list of dates below).

The video features an intense performance by Scott and his band intercut with the narrative of a young boy’s escape from the pain of an abusive home. As he runs down a lonely road, his journey goes from bad to worse when he is offered a chemical “solution” for his pain, but refuses, knowing there’s a purpose for his life outside of the struggles he’s enduring. He then arrives at a make shift fort he’s created where he’s covered the walls with pictures of his dreams, his hopes, and hand-written reminders to keep believing and stay strong. There, the boy breaks in frustration and pain. He screams, grieves, and lashes out in a moment of doubt fearing he will never overcome his situation. He then continues to run, desperately searching for answers and peace.  He finally stops on a mountain top, gazing up towards the heavens, looking out into the great unknown knowing one day he will find freedom, peace, and the life he dreams of, if he just holds on to hope, knowing this struggle, this pain, will not last forever. He just has to hold on.

With lyrics that insist, “There’s got to be more cuz this life is insane. Gotta turn this around and find the purpose for pain,” and considering Scott’s real-life story of recovery, it’s clear which choice will win in the end.

“I’ve worked with Scott for many years now and consider him one of my dearest friends. I was honored to be able to collaborate with him on this video and to direct the first video on the album.  Coming up with creative ideas is always fun with Scott and it is an extra bonus that we think alike in so many ways. For this video it was a true collaborative effort and we went back and forth on a bunch of ideas until we decided on the final storyline.  I think the final video captured the essence of the song perfectly,” said Director Daniel E Catullo III.

Scott Stapp is known as a Grammy winning songwriter and frontman for Creed (over 50 million albums sold worldwide), and for his work as a solo artist who released the platinum-certified The Great Divide (2005) and Proof Of Life (2013) which featured his first solo Billboard #1, “Slow Suicide”.

With a new outlook after the biggest fight of his life - five years and counting - one of rock’s biggest names roars with a driving, introspective new single. “Purpose For Pain” is the first song from Scott Stapp’s upcoming album that documents a five-year journey to find meaning - and redemption - in a world where shadows lurk and the space between is a gauntlet towards the light.

His evolution, both personally and professionally, now reflects a powerful vocal style from an artist with a strong sense of purpose in sharing the silver lining of his survival. As such, he is an inspiration to others who struggle with the often over-lapping illnesses of addiction and depression. Scott Stapp’s With Arms Wide Open Foundation helps military vets and their families with issues of drug addiction, PTSD-triggered mental health issues and suicide prevention. In 2017, the Florida Association of Broadcasters awarded Scott Stapp with the Florida Service Award and in 2018 he was inducted into the Florida Music Hall of Fame.

The Space Between The Shadows tour dates (more to be added):