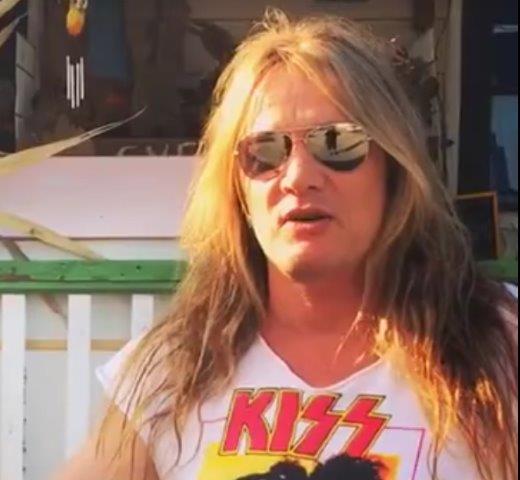 "Man, I am really starting to get excited about my book," says Sebastian Bach. "Sorry for the radio silence, it's just been years of trying to get it totally perfect, and it's finally looking like we are nailing it in every way! Watch this space for imminent updates on 18 And Life On Skid Row, coming your way, December 6th from Harper Collins."

“My favourite photos in the book are the day that I went to see KISS in 1979 at Maple Leaf Gardens,” Bach told Billboard recently. “I tell the story that my parents had divorced in Peterborough when I was 10 and then I didn’t see my dad for a long time with my mom. I would go back and forth. And then when KISS came on August 4 of ‘79, he came back to my family and reunited with my mom and took me and my sister to the KISS concert. It’s almost hard to even talk about. But he had pictures from that day, our outing, they capture 1970s rock and roll fandom. Nobody’s ever seen these shots, pictures of KISS too, of Gene because we’re in the front row. Nobody’s ever seen these. And me, he captured my excitement, at 11. And those are in the book. Then the pictures captured the time, like big time. It’s not like a bunch of Polaroids of little kids. It’s artistic, unbelievable photos just in and of themselves, as art, and nobody has ever seen these, nobody in the world because I couldn’t look at ‘em [laughs]. They’re too heavy. It’s too powerful. But then there’s the task of doing a book. So I have all those archives. I went through them all and there’s just so much in this book because this is the very, very first-ever Skid Row book. I know in the future there will be more books on the band Skid Row, but when I go to Barnes & Noble, there’s zero. There’s none. And every other band has a hundred books, Motley Crue, Cinderella, Bon Jovi, Aerosmith; every band has 10, 15 books. There’s none on Skid Row. So this is the first one, so I’m going to pack it full of as much info as I can because you only get one chance to make a first impression [laughs].”