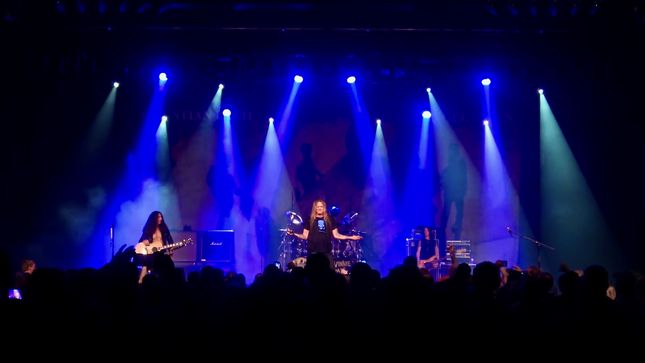 Sebastian Bach performed the Skid Row hit, "I Remember You", at The Molson Canadian Centre in Moncton, New Brunswick (Canada) on July 5, 2018. Video can be seen below.

Says Sebastian: "Most bands today use tapes in their live show. We never have. Here is a video of the way rock 'n' roll used to feel. The sound from this show is straight off the front of house sound board instead of a cell phone in front of the subwoofer. I can't wait to get back on the road again. We miss you all!"

Bach recently announced the newly rescheduled dates for the 2nd leg of his 30th Anniversary Tour celebrating the album Skid Row, which was originally set to start later this month.

Today, Bach has revealed the tour will take place this fall starting on October 28 and running through December 15 with special guests Stitched Up Heart. All dates have been rescheduled and tickets and VIP upgrades purchased will be honoured at the newly scheduled dates, with the exception of Regina, SK, Uncasville, CT and Roanoke, VA. Fans who purchased tickets and VIP upgrades for those three shows will need to contact their point of purchase for refunds. Find the new tour schedule listed below.

Earlier this month, Bach provided the statement below addressing the tour’s postponement:

“Due to extreme circumstances outside of our control, we will be postponing the 2nd leg of the 30th Anniversary Tour from March 25th thru May 11. The key word is postponed! I was really looking forward to rocking out with you all this spring, but multiple cities along the tour have forced public gathering cancelations, which is beyond my control. It is also VERY important to me that my family, my band and crew and my extended family AKA my fans stay safe and healthy. In the meantime, I am going to continue to work on new music!”

Bach’s 30th Anniversary Tour, taking place now this coming fall, will commemorate the groundbreaking, platinum selling album, Skid Row, which he’ll be performing in its entirety along with other classic hits.

Bach previously stated on the anniversary tour: "In 1989 we put out the first record Skid Row. 30 years later, people still dig the music we created in a garage all those years ago. In commemoration of this 30th Anniversary digital deluxe release, my band is going to perform the first Skid Row record, in its entirety, on the road, LIVE this fall! It's going to be fun to do something that has never been done live before! We are looking forward to seeing you all for this one time event! Note: This concert is 100% live in every way! All real! All the time! No tapes! No fakes! Come and see a real rock band while they still exist! We give it to you straight from the heart 'cuz that's the only way we know how! See you on the road!"

Released in the winter of 1989, Skid Row’s self-titled record is one of heavy rock’s most successful debut albums, landing in Billboard’s Top 10 and going on to sell millions of copies around the world.  The record transformed the band from local New Jersey quintet into a global phenomenon whose rebellious attitude and jaw-dropping talent set the bar and tone for rock music in the late 80’s and early 90’s. Skid Row’s singles, “18 and Life,” “Youth Gone Wild” and “I Remember You,” are among the decade’s most recognizable rock anthems that still receive heavy airplay on radio stations across the country. The group again achieved commercial success with its second record Slave to the Grind (1991) certified multi-platinum, reaching number one on the Billboard 200. 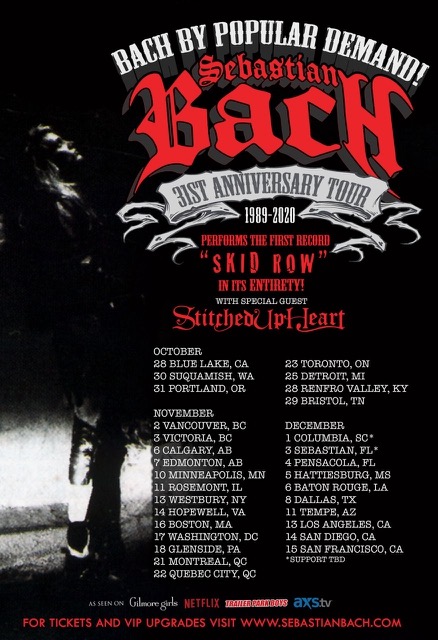