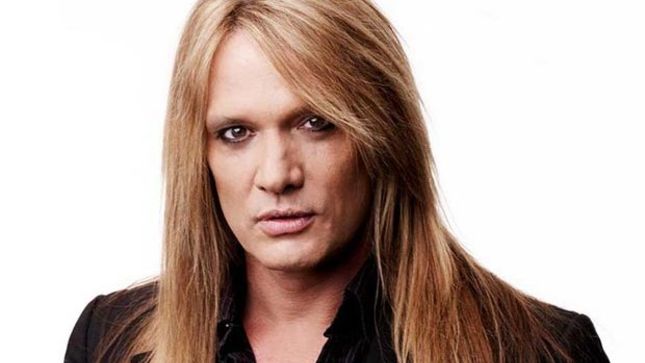 Bach recently guested on Eddie Trunk's SiriusXM show, Trunk Nation, and spoke briefly about the perpetual rumours of reuniting with his old bandmates.

Bach: "All I can say is that Rick (Sales/manager) is talking to Doc (McGhee/Skid Row manager). That's all I can say. That's what is happening, and I don't have anything else to tell you. All I can tell you is we're not getting any younger, folks. Let's put the hair band back together while we've got hair (laughs)."

Bach's new autobiography, 18 And Life On Skid Row, will be released on December 6th through Harper Collins. The New York Post has published a few excerpts from the book, available below:

After Skid Row’s T-shirts began outselling Bon Jovi’s, the headliners suddenly took issue with Bach’s swearing on stage. Bach was “summoned into Jon’s room,” where, Bach writes, “he stared me down and said the words, ‘I’ll f—ing own you.’”

While pranking among touring rock bands was not uncommon, Bon Jovi’s road crew tormented Bach in a more hostile and sinister way. The singer was headed to the stage at Rupp Arena in Kentucky when he was grabbed from behind by three members of Bon Jovi’s road crew, who secured his hands and “poured a vat of freezing cold ice milk over my head,” just as Skid Row’s intro music started to play.

Bach — wet, shaking and furious — ran on stage. He had his roadies get two cartons of eggs, and he hurled them at Bon Jovi’s smirking security crew. He also took verbal shots at his mentor in between songs, making fun of his name.

“What was wild,” Bach writes, “was that the crowd was on my side.”

As he left the stage, his tour manager said, “Hey Sebastian — I think we got a problem here.”

“We saw about 60 people coming toward us,” Bach writes. “Leading the pack was Jon Bon Jovi himself. Flanking him, side to side, was his dad and his brother Tony. Behind them was the full Bon Jovi road crew.” According to Bach, an incensed Bon Jovi said, “I heard what you said on my stage, motherf—er,” and then he threw a punch, which Bach ducked.

Bon Jovi’s crew grabbed Bach, marched him to his dressing room and threw him against a concrete wall. Bon Jovi’s brother, Tony, screamed at him, “You called my brother Bon Blow Me? On our own stage?” The singer’s father also got some digs in.

“Bon Jovi Senior pointed in my face as I was held against the wall,” Bach writes. “He said, ‘I’ll f—ing kill you,’ or something like that.”

To coincide with the release of 18 And Life On Skid Row, Harper Collins Publishers have announced a string of "author events" in the US. Dates are available below, go to this location for additional information. Watch for updates on this page.

"Man, I am really starting to get excited about my book," says Sebastian Bach. "Sorry for the radio silence, it's just been years of trying to get it totally perfect, and it's finally looking like we are nailing it in every way! Watch this space for imminent updates on 18 And Life On Skid Row, coming your way, December 6th from Harper Collins."

“My favourite photos in the book are the day that I went to see KISS in 1979 at Maple Leaf Gardens,” Bach told Billboard recently. “I tell the story that my parents had divorced in Peterborough when I was 10 and then I didn’t see my dad for a long time with my mom. I would go back and forth. And then when KISS came on August 4 of ‘79, he came back to my family and reunited with my mom and took me and my sister to the KISS concert. It’s almost hard to even talk about. But he had pictures from that day, our outing, they capture 1970s rock and roll fandom. Nobody’s ever seen these shots, pictures of KISS too, of Gene because we’re in the front row. Nobody’s ever seen these. And me, he captured my excitement, at 11. And those are in the book. Then the pictures captured the time, like big time. It’s not like a bunch of Polaroids of little kids. It’s artistic, unbelievable photos just in and of themselves, as art, and nobody has ever seen these, nobody in the world because I couldn’t look at ‘em [laughs]. They’re too heavy. It’s too powerful. But then there’s the task of doing a book. So I have all those archives. I went through them all and there’s just so much in this book because this is the very, very first-ever Skid Row book. I know in the future there will be more books on the band Skid Row, but when I go to Barnes & Noble, there’s zero. There’s none. And every other band has a hundred books, Motley Crue, Cinderella, Bon Jovi, Aerosmith; every band has 10, 15 books. There’s none on Skid Row. So this is the first one, so I’m going to pack it full of as much info as I can because you only get one chance to make a first impression [laughs].”