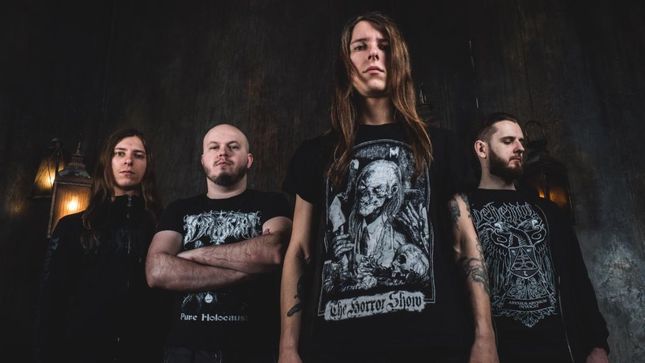 Prolific Russian metal band Second To Sun have revealed the details of the instrumental edition of forthcoming album Legacy, which will be released November 16th.

"Dear friends! I want to present to you the instrumental version of the album Legacy. As you know, I’m investing not only as an ideologist in the band’s ouvre, but as a sound designer too – we literally spend years, selecting something interesting and impressive for our listeners. Goddamn, some songs on the album are almost 10 years old! I think the band needs to progress, that’s why we experimented a bit and added the exclusive track named “Bog” for the instrumental edition of the album – it has a massive hardcore influence. It is still beautiful, dark and aggressive music, deeply inspired with black metal and thrash metal heir – groove metal, and it’s gonna open new horizons in our music for you. Also I did not forget about the ethnic elements, don’t worry – melodies are still there. Brilliant artwork for both versions of the release, created by Denis "Forkas" Kostromitin, who also worked with such bands like Behemoth and Children of Bodom.

“Vocals are one of the most important elements of every band, but how much beauty does it hide? Our band started as solely instrumental, and we are not gonna deceive our fans since the first days, even if their percentage is lower compare to those who love music with vocals. Even if there would be only two of them. Enjoy and absorb our primordial vision of art and ideology."

The regular version of Legacy will be released November 7th.