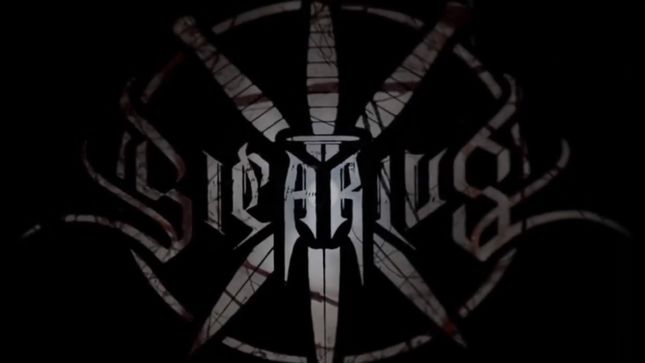 The California-based Sicarius have unveiled a lyric video for “A Practiced Hand,” the first taste of the group's forthcoming second album God Of Dead Roots. The clip – which was designed by Rafael Ortega of Ecliptic Visions, can be seen below.

“A Practiced Hand” is also now available for streaming on Spotify, Apple Music, Bandcamp and other digital platforms. The song is an ominous sign of things to come on God Of Dead Roots, which – like the group's 2017 acclaimed full-length debut Serenade of Slitting Throats – was produced by Mick Kenney (Anaal Nathrakh, Benediction, Empyrean Throne). Due out via M-Theory Audio in early 2020, the album marks the recording debut of new guitarist Travis “Grimnir” Whiting (Carnifex, Ruines Ov Abaddon), who was hand-picked by Sicarius' founding guitarist Argyris to be his successor last year. Additional information on the release will be revealed in the coming weeks.

“In preparation of the upcoming album God Of Dead Roots, the dagger cult presents to you our chosen spearhead for this release. ‘A Practiced Hand’ is the first staunch and discordant representation of what's to come,” explains Grimnir. “While staying familiar with the band's philosophy and crushing sound, new extremes within this adrenaline pumping formula have been reached. This track extends its meaning to those dedicated within their craft. Strictly adherent to the refinement of their chosen pursuit and fervently loyal to its principles. To the unsung and faceless assassins; once devoted in purpose, and unflinching to the temptations of glory.”