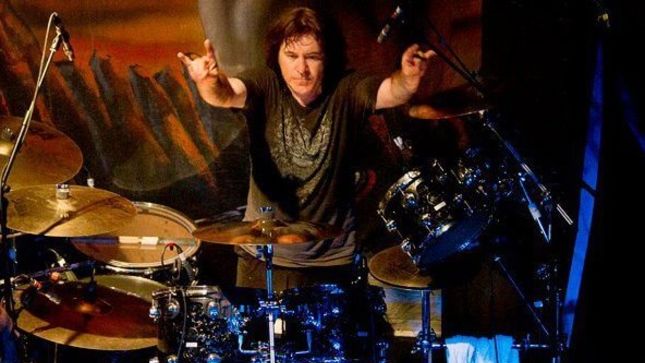 Rock Overdose's Zisis Petkanas caught up with legendary drummer Simon Wright (AC/DC, Dio, UFO) for a career-spanning interview, while revealing some of his future plans. Following is an excerpt.

Rock Overdose: Recently, we had a huge loss for 2020, and that was Pete Way's death after some serious health complications. Can you share with us some great moments with him on stage or in daily life?

Simon Wright: "There were lots, I guess. I was in UFO for about three and a half years back in the ‘90s. We did a lot of touring. He was just a wonderful character. I mean, he was very harmless. Such a nice guy. He did have his problems and stuff with certain substances; it’s all been well documented. He was a really great guy. I mean, there were some really crazy moments on the road, and strange too. I was, like, the guy they brought in. They were all like brothers so I had to kinda fit in. It was great, I did and we eventually became really good friends pretty fast! But there was always this, sort of... with Michael (Schenker / guitars), there was always this underlying thing going on…all the trouble and the fights they had had in the past. That reared its head a couple of times when I was with them. Pete was always the guy to calm things down and return to normal instead of fighting. It was funny and weird at the same time, really. Pete was a great guy! I speak to Phil (Mogg / vocals) quite regularly and he’s upset about the whole thing. But Pete’s way of life led him to dangerous places at times. We’re just sad he’s gone, you know?

Rock Overdose: Having so much experience playing with legends of rock as AC/DC, Dio, UFO and many more, do you believe that changing many bands and sharing stages live with many musicians is good for a drummer? Or do you think that, sometimes, sticking up with just one band, having a whole career with them and making albums together would be better, like Rush, for example?

Simon Wright: "The second thing you said. For one reason or another, it’s not my fault that I’ve had to move on because the band has changed, or broken up, or… it's just one of those things but I would sooner have stayed with one band. Which one of those, I’m not sure… strange things happen in bands and, sometimes, you just have to move on!"

Rock Overdose: In which one do you wish you had stayed?

Simon Wright: "If there was one, I would say Dio, with Ronnie! Yeah, I mean… he had big plans but, unfortunately, he got sick. There were some big plans for Dio and I would have loved to have kept that going. We’d be still there, doing it with him…"

Check out the complete audio interview and the transcript here.