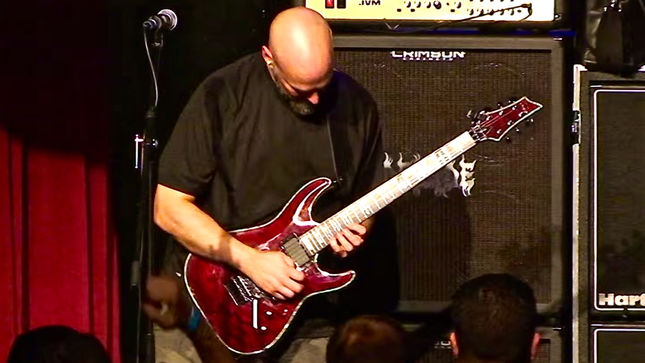 Last week, Six Feet Under released their 12th studio album, Torment. As a new leap in intensity, Torment gives fans plenty of classic Six Feet Under groove, with a much more aggressive approach and blast beats throughout. This is a cantankerous Six Feet Under with absolutely nothing to prove. This is Six Feet Under at their most deadly.

With the release of their new album, the band also welcomes Jack Owen (ex-Cannibal Corpse, Deicde) to their ranks, as the second guitarist.

Frontman Chris Barnes comments: "Hello, hello! First of all, I would like to thank all the fans that pre-ordered and purchased our new album Torment, and everyone that is enjoying our new work! Thank you very much! Much appreciated!! And now, without further ado, it is with great pleasure that I announce and introduce to you our new second guitarist, Jack Owen.

“As you all know, Jack and I started off together helping form one of the greatest death metal bands of all time. Jack and I began talking a few months ago, after his departure from his previous band about joining forces. From my side of things, it's going to be amazing to work with Jack again!! We had some intense adventures, to say the least hahaha... and it's gonna be killer to step on stage with Jack for the first time in over 22 years!!

“Jack will be joining SFU for the entire cycle of touring for the new album and beyond! As you can imagine Six Feet Under is planning a very exciting live set list for you all to freak out over!!! More info and tour dates coming soon! Hang on to your skeleton!!"

Jack Owen adds: "I'm super excited to work with my metal brother Chris Barnes and the mighty Six Feet Under! We've been talking about writing original material for years, and I hope it gets to that point. It would be amazing. For now, I'm looking forward to touring our asses off. I miss Europe, Canada, South America - hell, I just miss touring! It will be an honour jamming with Chris and his current SFU lineup of talented musicians... and performing with Chris will be like reliving our youth. I can't wait to see all the SFU and old school Cannibal Corpse fans across the globe!"

Six Feet Under are streaming Torment in full. Listen below. 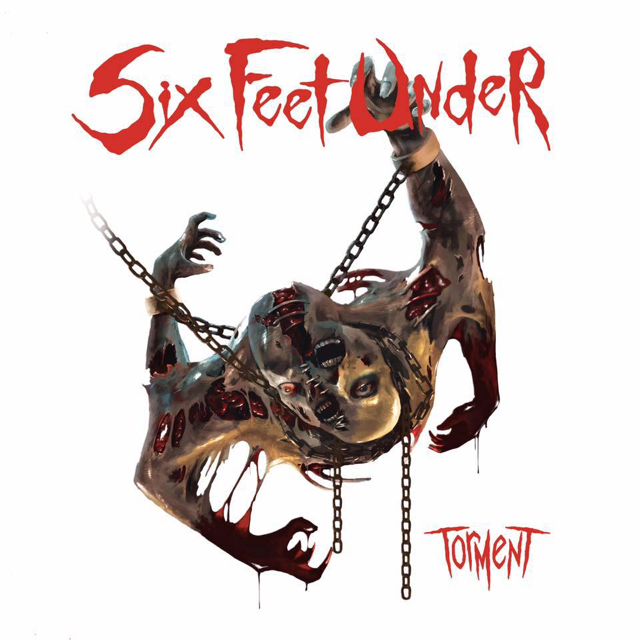 Torment can be ordered here in the following formats:

* exclusive US bundles with a shirt, flag, bite kit, and sign, plus digital options are also available. European fans can pre-order an exclusive hoodie and digipak. 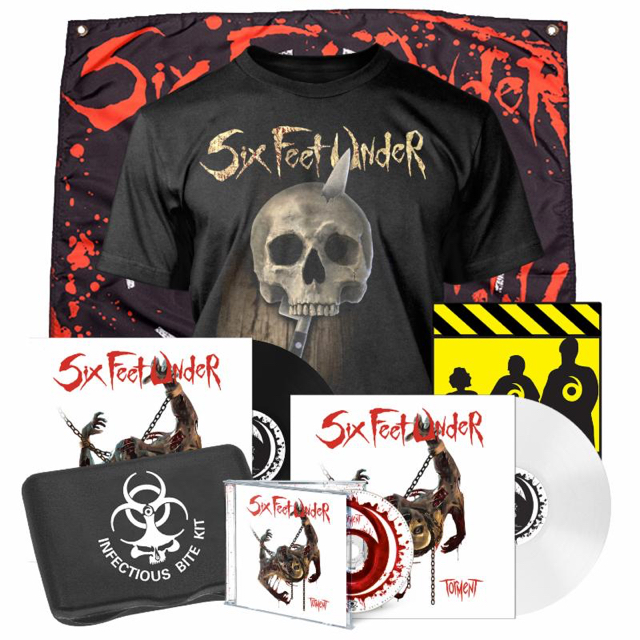