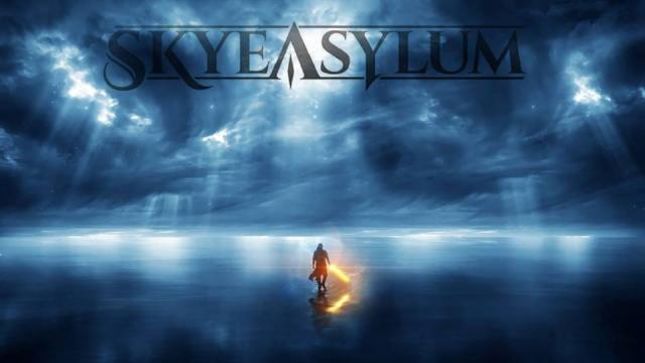 Canadian multi-instrumentalist Robb Finlayson, who recently released his new solo album The Beauty Of Rage, has issued a new update on his Skye Asylum project.

"So happy right now to be finished all the pre-production for the debut Skye Asylum album. 10-13 songs will be on the album with each being an important piece to the story I’m trying to tell. Recording starts tomorrow with Brett Reid.... guitars and bass first and drums start next week. Vocals will start sometime in August and I’ll start releasing singles shortly after. I have the track listing all done as well as the album cover art from the very talented Anna-lakisova.com. Get ready for The Under Dark."

The album line-up is as follows:

Following is a previous update from Finlayson:

"As some of you know I have been writing my ass off for the past two years. With two albums under my belt, I am finally taking the plunge into recording a project that I always wanted to do, but did not have the songs to do it with. Skye Asylum is purely for me, I want to tell a story that speaks through the music. I have the highest of expectations for myself and from the over 50 songs I have written, I could not be happier with how this will turn out. Here is a bit of a mix of some rough recordings and examples of the varying sounds you should expect to hear on the Skye Asylum debut album called The Under Dark. There will be a lot of cross genre music throughout. Here is a very rough sample of some of the contrasting music styles. First song has excerpts from 'Menzoberrazan' and the second one is 'Oracle Falls Part 2'."