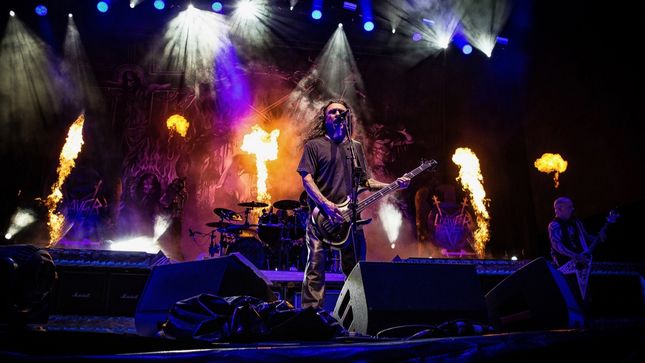 On Saturday, November 2, 2019, Slayer - Tom Araya/bass and vocals, Kerry King/guitars, Gary Holt/guitars, and Paul Bostaph/drums - will set off on The Final Campaign, the seventh and final leg of its farewell world tour. This last hurrah will start at the ExploreAsheville Arena in Asheville, NC, and see the band taking its goodbye bow at the Los Angeles Forum on Saturday, November 30. A video trailer can be found below.

Accompanying Slayer for this last ride are Primus, Ministry and Philip H. Anselmo & The Illegals performing a vulgar display of Pantera, who will support on all dates. Tickets go on sale this Friday, July 12 at 10 AM, local; limited VIP packages will be available. Log on to slayer.net for all ticketing and package details.